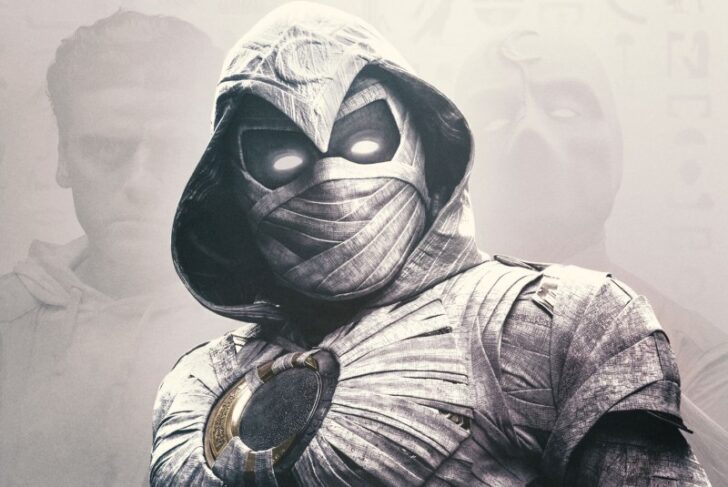 New episodes of Moon Knight debut on Disney+ every Wednesday, and tell the story of Steven Grant’s transformation into one of Marvel’s wildest characters. Wait… Is it Steven Grant or Marc Spector? On third thought, is it Marc Spector or someone else? Regardless of who is in control at the moment, Moon Knight punishes evildoers and looks darn good doing it.

You will soon be able to add Steven and Marc’s versions of this character to your Funko Pop and Marvel Legends action figure collections. Funko recently announced a handful of Pops based on this new show. The line consists of Moon Knight in his traditional garb (as Marc sees it), Moon Knight in a nice suit (as Steven sees it), and a comic book version of him that comes with a comic cover background. The wave also includes a Pop of Arthur Harrow, who may or may not be evil. Time will tell. You can see all of the Pops in the gallery below.

Hasbro is releasing two different Legends Moon Knight action figures, again showing off Marc and Steven’s ideas of the character on the show. Both figures come with the appropriate weapons, along with a build-a-figure component.

Now we just need Khonshu action figures. Are you watching Moon Knight? How do you think it stacks up to other Marvel shows? Let us know in the comments section below!