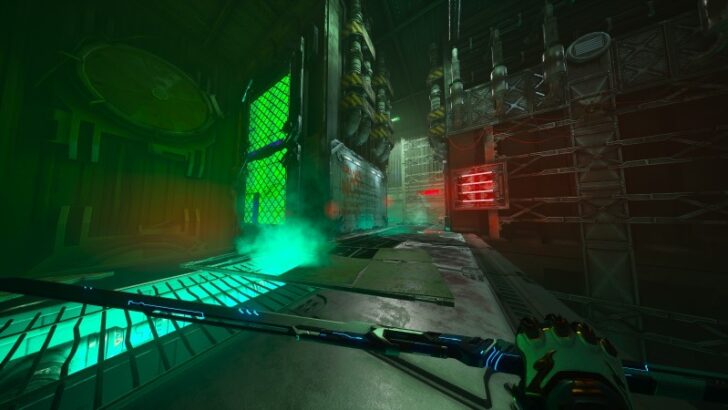 Ghostrunner is a fun, albeit difficult, first-person action-platformer but didn’t run great on consoles when it first launched a year ago. Though patches have improved its performance on PlayStation 4 and Xbox One, some non-PC players have been holding out for native PlayStation 5 and Xbox Series X versions. The wait ends today.

What is Ghostrunner? It’s a slick cyberpunk action game that gives you a katana, sweet parkour moves, and tasks you with quickly running/leaping across cityscapes and other areas while seamlessly cutting down any foe in your way. Death can arrive as swiftly as you do, meaning you’ll need the timing and reflexes to survive increasingly elaborate platforming gauntlets filled with enemies. Being such a performance-based title, Ghostrunner’s entertainment value has always been tied to the hardware that can run it at its best, which has been PC. Now new-gen console players can enjoy a comparable experience.

The PS5 and XSX versions boast 4K resolution, action that runs up to 120 frames-per-second, ray-tracing, and 3D spatial audio. On PS5, the game, quite literally, feels even better thanks to DualSense haptic feedback. With these upgrades, console players can enjoy the kind of Ghostrunner experience that was previously only available on PC. These versions also include all of the game modes released over its lifetime, which includes an accessibility-friendly assist mode, the roguelike wave mode, and more.

But what if you already threw down money for the game on PS4 and Xbox One? You can upgrade to the new-gen ports for free.

Now that Ghostrunner can be played on just about every device under the sun, all eyes can look towards the sequel that was announced earlier this year. Hopefully, we’ll be learning more about Ghostrunner 2 sooner than later.