Netflix’s The Witcher Anime, Nightmare Of The Wolf, Drops New Trailer And Keyart 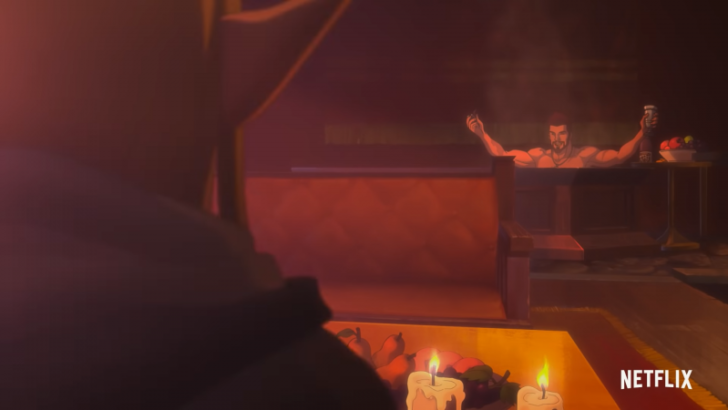 Netflix’s The Witcher: Nightmare of the Wolf is a self-proclaimed anime that serves as a prequel to the Witcher tales we know and love. Move over, Geralt of Rivia; it’s Vesemir’s time to shine and shine he does with the newest trailer to drop alongside a brand new poster.

First up is the latest trailer where we see Vesemir approach a building that fans of this fantasy franchise will recognize:

Shortly after the trailer was released, Netflix also showcased a new poster with Vesemir front and center:

For those interested in the casting choices for the upcoming prequel:

Theo James as Vesemir
“Vesemir grew up as a servant on a nobleman’s estate, working long days for too little coin. He yearns to break free of his social standing and to explore the Continent to find his destiny.”

Lara Pulver as Tetra
“Tetra Gilcrest is a powerful sorceress who is descended from one of the Continent’s first mages and believes magic connects all things of beauty. She and her followers work to keep peace on the Continent by ensuring that magic is not abused.”

Mary McDonnel as Lady Zerbst
“Lady Zerbst is a Kaedwen noblewoman who inherited her husband’s seat on the king’s advisory council after his death. She has since risen to become one of the king’s most trusted advisors and a fierce supporter of the witchers.”

Graham McTavis as Degla
“Deglan was raised on the harsh, unforgiving Skellige Isles and is the hardened warrior-leader of the witchers. He is fiercely loyal to his “boys” and committed to doing whatever is necessary to protect them.”

The anime is a prequel that dives into Vesemir’s history. He’s an older veteran to the witcher order and a father figure to Geralt of Rivia. According to Netflix, the official description states: “Long before mentoring Geralt, Vesemir begins his own journey as a witcher after the mysterious Deglan claims him through the Law of Surprise.”

Lauren S. Hissrich, the current showrunner of the live-action The Witcher series, is at the helm as showrunner and co-executive producer on Nightmare of the Wolf. She is joined by Kwang Han (The Boondocks, The Last Airbender) as the anime’s director. Writing the new series is Beau DeMayo, rounding out the creative team.

The anime take will be dropping on Netflix sooner than you might think. The Witcher: Nightmare of the Wolf arrives on August 23, 2021, exclusively on the streaming platform.