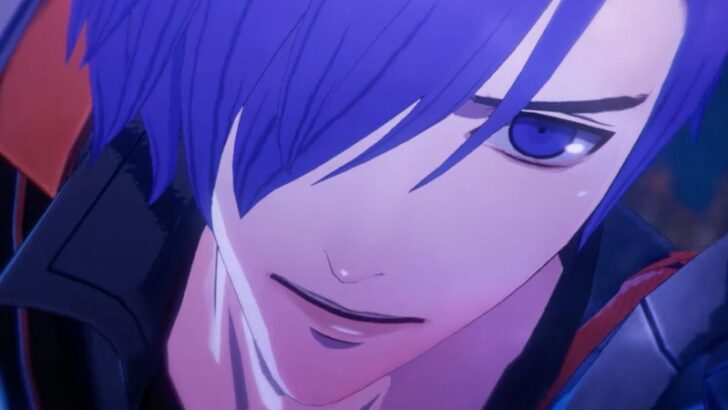 Nintendo has released a new Fire Emblem Warriors: Three Hopes trailer that showcases the “mysterious mercenary” players will control when the musou hits Switch on June 24.

Aptly titled the “Mysterious Mercenary Trailer,” it begins with a spar or all-out fight between the female version of Byleth and a purple-haired male warrior. Byleth clearly has the advantage here and later in the trailer, it’s revealed they’re the Ashen Demon, presumably helping the game’s main antagonist, the Ashen Dragon. However, before that reveal, we learn that the purple-haired warrior is Shez, the protagonist players will control in Three Hopes. Like Fire Emblem: Three Houses, you can select a male or female version of Shez and the trailer also reveals that players will be able to select a male or female version of Byleth, err, the Ashen Demon, too.

Watch the trailer for yourself below:

As you can see in the trailer, a lot more is revealed. As expected, there are “three diverging paths,” with each path following one of the main houses of Three Houses: Scarlet Blaze (Black Eagles), Azure Gleam (Blue Lions), and Golden Wildfire (Golden Deer). The path you choose to follow will determine the battles you select on the field, the playable characters and allies you’ll have on your side, and more.

Elsewhere in the trailer, we get a look at some more of the Three Houses inspiration in Three Hopes. Special partner moves are back, as are battle prep tactics, base camp exploration, and more. You can also train with your allies to grow stronger and unlock new classes to use in battle. According to the trailer, the playable antagonist was meant to be a mercenary that fades into the waves of history. Instead, they’re challenging the mighty Ashen Dragon and new stories will unfold in Fódlan as a result as you meet and help Edelgard, Dimitri, and Claude.

Because Three Hopes is a Warriors musou game, you can expect 1 vs. 1000-style battles alongside deep strategy, with opportunities to build and expand upon your arsenal of playable characters, allies, moves, and more.

Are you excited for Fire Emblem Warriors: Three Hopes? Let us know in the comments below!