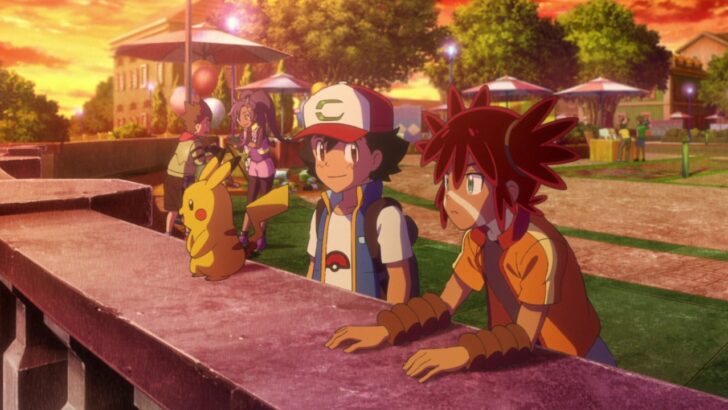 On Christmas Day last year, Pokémon the Movie: Secrets of the Jungle hit Japanese theatres, telling a new story in which series protagonist Ash Ketchum meets a feral boy named Koko. Actually called Pocket Monsters the Movie: Coco in Japan, the film launches on Blu-ray and DVD in the region this week.

Thanks to this latest release, we finally have our hands on screens showing a cool little cameo which has been spoken about, but never truly seen, until now. As you can see in the images below, shared online by Twitter user @DogasusBackpack, Rita and Phil from New Pokémon Snap can be spotted in the background of one of the film’s scenes; the pair can be seen snapping photographs together, which makes a whole lot of sense.