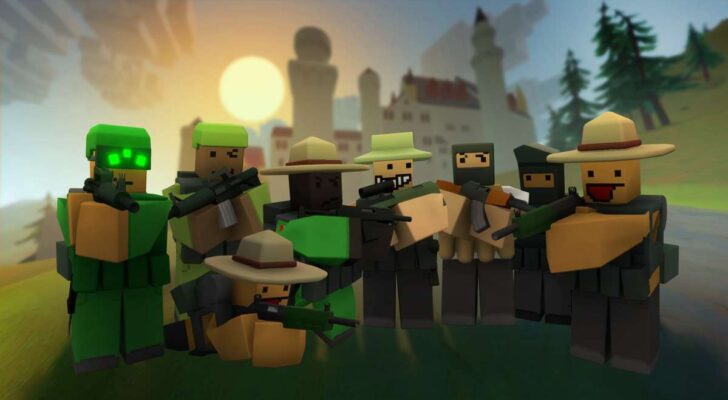 The Xbox Series X|S Optimized version of Unturned is coming later this year.Get new details on the first new map on console, Elver.Learn about some of our long-term plans for Unturned on Xbox One and Xbox Series X|S.

When we launched Unturned last November, we weren’t exactly sure of the reaction of the players. After almost 10 months I think we can safely say now that it has been a success! Yes, there have been few bumps in the road, but overall, the feedback of the players did exceed our expectations and gave us a solid base on which to build a strategy for the future on Xbox.

We have been working extremely hard on building a stronger backend to the game that will allow us to support some great content and features in the upcoming months. Moving forward, we are confident that patches will be more frequent and rich. When you’ll read this or very shortly after, we are going to release a new patch on Xbox One, which will contain many optimizations, and after that it will be time for the first additional map on console, the beloved Elver!

The Elver map is going to be the first DLC content for Unturned on Xbox One and will arrive shortly in September. Any server set in Elver will be accessible to every player (using a password for private servers), you will need to buy the map only if you want to play locally (single-player or split-screen) or if you want to create your own server set on Elver. But anyone will be able to join a friend on an already existing server set on Elver.

After Elver, the next big thing happening for Unturned will be release of the Xbox Series X|S Optimized version. We are targeting the end of the year for the release, which is going to be supported through Smart Delivery for all the owners of Unturned Xbox One. The Xbox Series X|S release is a way for us to show you that we are committed to continue to support the game through gen 9, and next year there are going to be many surprises for all the survivors! The Xbox Series X|S Optimized version of Unturned will harness the power of the next-gen consoles to run Unturned with 4k resolution support with 60fps gameplay.

We want to say thanks to all the fans of the game. Be sure that 505 Games have big plans for the exciting future of Unturned on Xbox One and Xbox Series X|S.

$12.49
Get it now
UNTURNED is an open-world survival sandbox where you assume the role of a survivor in the zombie-infested ruins of modern-day society and must work with your friends and forge alliances to remain among the living. Find weapons and supplies to survive against the zombies and gain experience points which can be used for upgrades while you progress through the game.

You can scavenge for clothes, weapons, food, and supplies, all while avoiding zombies and other players. You can also gather and craft resources (wood, metal, etc.) to create a stronghold, defenses, etc.

Explore the maps and find what you are looking for: every resource will be useful to keep you alive and to create the necessary equipment to defend you and fight zombies and other players. There’s a huge variety of available items, weapons, and vehicles (airplanes, cars, tanks…): find out what might be suitable for your game strategies!

As you progress through the game, wiping out zombies helps to earn experience points, useful for upgrades and increasing your skills in three categories: Offense, Defense and Support.

Survive online and battle together with up to 24 friends thanks to dedicated servers or share the adventure at home in split-screen multiplayer!

• Massive maps – explore up to 8 sandbox maps by traveling by land, air, and sea
• Craft – create your equipment and structures from supplies you collect
• Power up – upgrade skills in three categories: Offense, Defense, Support
• Customize – avatars can be fully cosmetically personalized
• Multiplayer – brave zombies and other foes alone or team up with friends
• Compete or ally – attempt to form alliances with other players or take out all competition