New The Witcher Anime Trailer Revealed Starring Vesemir, Meet The Cast Of The Witcher: Nightmare Of The Wolf 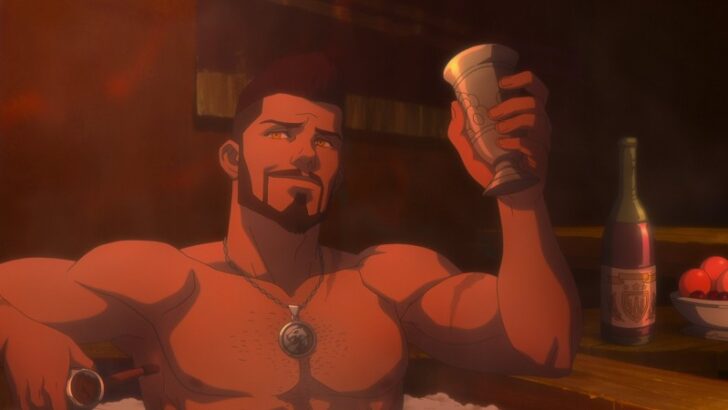 Netflix is on a roll when it comes to adding more anime and gaming adaptations to its library. With adaptations like Dota, Resident Evil, Castlevania, and more, it’s clear that the streaming service is all-in on “geek culture,” as it markets this branch, and that includes even more The Witcher on the horizon. With the live-action The Witcher season 2 coming soon and the prequel well underway, there is yet another Polish-inspired adaptation in the works, and that’s with Netflix’s The Witcher anime called Nightmare of the Wolf. We’ve got a brand new look at what’s ahead with a fresh trailer and a full cast reveal.

Netflix shared the latest trailer of Nightmare of the Wolf on the official Witcher Twitter account, which you can see below. Additionally, Netflix also confirmed the cast behind the mainstay characters. But first, let’s take a look at the trailer:

When you’re a monster hunter, every deal has a price. The Witcher: Nightmare of the Wolf premieres August 23 only on @netflix. pic.twitter.com/M6vFlBG1cO

As for the cast:

Theo James as Vesemir
“Vesemir grew up as a servant on a nobleman’s estate, working long days for too little coin. He yearns to break free of his social standing and to explore the Continent to find his destiny.”

Lara Pulver as Tetra
“Tetra Gilcrest is a powerful sorceress who is descended from one of the Continent’s first mages, and believes magic connects all things of beauty. She and her followers work to keep peace on the Continent by ensuring that magic is not abused.”

Mary McDonnel as Lady Zerbst
“Lady Zerbst is a Kaedwen noblewoman who inherited her husband’s seat on the king’s advisory council after his death. She has since risen to become one of the king’s most trusted advisors, and a fierce supporter of the witchers.”

Graham McTavis as Degla
“Deglan was raised on the harsh, unforgiving Skellige Isles and is the hardened warrior-leader of the witchers. He is fiercely loyal to his “boys,” and committed to doing whatever is necessary to protect them.”

The anime is a prequel with Vesemir taking center stage. He’s an older veteran to the witcher order and somewhat of a father figure to Geralt of Rivia. According to Netflix, the official description states: “Long before mentoring Geralt, Vesemir begins his own journey as a witcher after the mysterious Deglan claims him through the Law of Surprise.”

Lauren S. Hissrich, the current showrunner of the live-action The Witcher series, is at the helm as showrunner and co-executive producer on Nightmare of the Wolf. She is joined by Kwang Han (The Boondocks, The Last Airbender) as the anime’s director. Writing the new series is Beau DeMayo, rounding out the creative team.

The anime take will be dropping on Netflix sooner than you might think. The Witcher: Nightmare of the Wolf arrives on August 23, 2021, exclusively on the streaming platform.