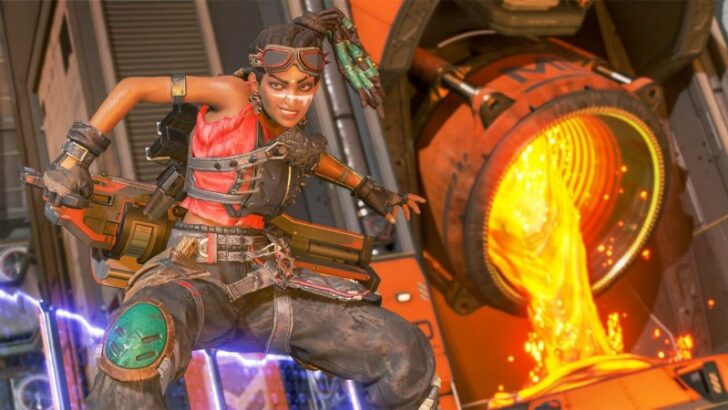 Hot off the tail end of Apex Legends’ Genesis Collection Event, comes a new spectacle that’ll be directly focused on Season 9’s most interesting game mode: Arenas. Not only will there be a new map to play on, there will also be weekly challenges to unlock exclusive cosmetics for legends as well as firearms.

Called the “Thrillseekers Event,” the latest locale to come to the Apex Games is a perilous lava-pumping factory: “Overflow.” As the post on the official website says, “The floor is lava! Well, some of it, anyway.” Overflow is so different from other battlefields because it prioritizes lanes. And with larger mechanical pillars, small rooms, and looming structures obstructing numerous sightlines, it can be hard to capitalize on early mistakes. Long-range appears to be a no-go, but let’s be honest, Apex Legends is all about close quarters combat anyway. You can learn more from the trailer below.

Unlockables will be distributed by way of weekly reward tracks. Week 1 is all about claiming that new legendary Rampart skin, Week 2 grants Battle Pass boosters and apex packs, and Week 3 comes with a new Bangalore cosmetic. As long as you’re playing Arenas, you’re guaranteed to build enough reward points to claim all of the collectibles. There will also be rotating sales in the store, so keep an eye out for any interesting bundles.

The Thrillseekers Event kicks off on July 13 and ends on August 3. The “Summer Splash Sale” ends on July 27.

If you’re an avid Apex Legends fan like me, then you’ve likely heard that the game was recently hacked over the holiday weekend of July 4. While the situation has been resolved, there still appears to be some underlying technical issues happening in the Titanfall communities. A dev at Respawn responded on what the team is doing to handle the dilemma. You can read about that here.