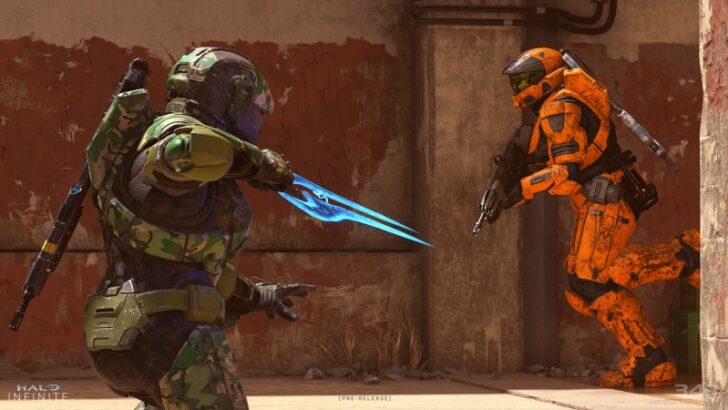 The first Halo Infinite “flight” test, essentially a beta, was met with wildly positive feedback, which means there are a lot of Master Chief fans eager to see when the next early play period would be. 343 live producer Sam Hanshaw has confirmed what the next beta stage will entail, including a focus on Big Team Battle and 4v4 Slayer. That makes this the first beta access period to involve actual player vs. player combat, considering the first flight test was centered around combating bots.

“Another big scale flight like this, with even more people invited. We’re going to include the same content we had this time — the bots, and the weapon drills — but we’re also targeting a full release of 4v4 PvP action and we want to go even bigger and have Big Team Battle,” Hanshaw said in the video seen at the top of the article. “So, those are our targets for the next flight to come.”

The first flight test centered around trying out limited maps and fighting against bots. The bots were surprisingly intuitive, even if 343 claims the fact that they teabagged fallen players was unintentional (we see you, 343, we see your teabagging love). The combat mechanics were incredibly smooth despite being unpolished and the environment looked stunning. It also gave players a chance to see some of the tweaks made to iconic weapons (hello Needler, my old friend) while trying out some of the newer features seen when facing off against foes. It will be interesting to see where the next flight goes and how players feel about Halo Infinite when other players are involved in a PvP experience. With the game confirmed not to be launching with campaign co-op or Forge, the multiplayer is going to be a big focus at the time of Infinite’s release.

We don’t have a release date for Halo Infinite at this time, though Gamescom will be going on all week and we hope to see something more official beyond leaks then. To learn more about the latest gaming event, check out the full schedule here.