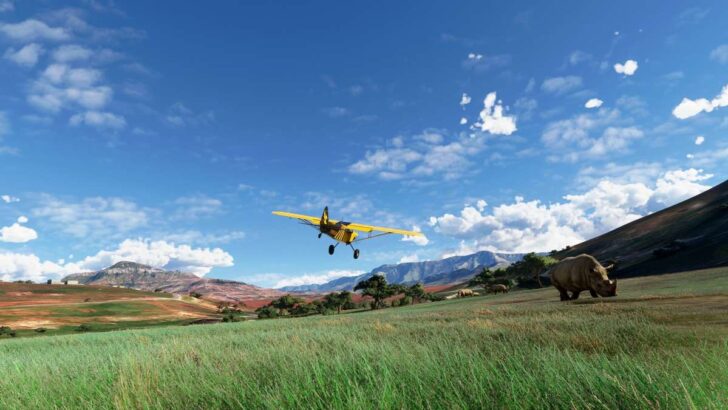 Welcome to Next Week on Xbox! Here we cover all the new games coming soon to Xbox Series X|S, Xbox One, and Windows PC as well as upcoming Xbox Game Pass and soon-to-be released ID@Xbox games! Get more details on the games below and click their profiles for pre-order details when available (release dates are subject to change). Let’s jump in!

Blightbound is a multiplayer dungeon crawler that tasks three heroes to venture down from their mountain refuge to face the abominations of the Blight – a mysterious and corrupting fog that enshrouds the land.

Clone Drone in the Danger Zone is a robot voxel slice-em-up where any part of your body can be sliced off. With your mind downloaded into a robot gladiator, you must survive the sinister trials of the arena.

Available day one with Xbox Game Pass! Microsoft Flight Simulator is the next generation of one of the most beloved simulation franchises – now on Xbox Series X|S!. Take flight with light planes to wide-body jets, fly highly detailed aircraft, and experience an incredibly realistic world. The sky is calling!

An interactive thriller about an online interpreter who is tricked into reading an ancient book that summons a demon into her home. From the studios that brought you The Complex, Five Dates, and Maid of Sker.

A new chapter in the tactical action series is finally here! Focusing on the lives of officers Nobunaga Oda and Mitsuhide Akechi, Samurai Warriors 5 depicts the warring states era spanning from the end of the Ōnin War to the Incident at Honnōji.

A puzzle labyrinth game, where your goal is to reach the exit while matching the right colors in the room and interacting with different mechanics.

Travel 2,000 years into the past and relive the final days of a cursed Roman city, where if one person sins, everyone dies. Unravel the mystery at the city’s heart by exploiting its deadly time loop, questioning locals, exploring, and solving puzzles.

Trigger Witch puts an ultra-violent spin on cute and colorful pixel art. With a compelling and original narrative, puzzling environments to explore, a dynamic soundtrack, twin-stick shooter mechanics and a vast array of enemies to blast into smithereens, this is a tale that will grip you from start to bloody finish.

One fateful night, a peaceful village is thrown into the flames of war. Determined to save their families, a group of children boards a giant tank and begins an offensive charge.

Get Packed: Fully Loaded is the expanded edition of the couch co-op removals game that’s full of calamity and physics-based carnage for 1-4 players. When a greedy salt mining company takes over Ditchlington, your ragtag removals team gets to work rapidly relocating the entire town… leaving a trail of destruction, explosions, and debris in your wake!

Available day one with Xbox Game Pass! A single-player journey of discovery through an ancient world of wonders, created by solo developer Jonas Manke. Full of puzzles, secrets, and obstacles to overcome, where the power of a lost civilization will carry you through forests, deserts, and tundra – even to the clouds.

Paint the Town Red is a chaotic first-person melee game set in different locations and time periods and featuring a massive rogue-lite adventure. The voxel-based enemies can be destroyed completely dynamically using almost anything that isn’t nailed down.

Available day one with Xbox Game Pass! The Ascent is a solo and co-op action-shooter RPG set in a cyberpunk world. The mega corporation that owns you and everyone, The Ascent Group, has just collapsed. Can you survive without it?

The Pinnacle of mutant blasting action Is Here! Blaster Master Zero 3‘s hybrid of sidescrolling and top-down action is back for its 3rd chapter, and more intense than ever before!

Skydrift Infinity is an action-packed arcade game focusing on the experience of flying alone, and with others, in a light, quick, fast-paced style.

If you like classic puzzle video games for one to two players, this is for you! Inspired by the very best in the genre, Flowlines Vs. aims at becoming one of the greatest party games out there.

Play as the mighty apple knight wielding his powerful slashing sword, where you embark on a quest full of creatively designed combat. As you explore, you’ll find and combine various skills scattered around in the swamp with your aim to deal powerful attacks.

Explore a post-pandemic fictional Mediterranean island and confront your fears! Immerse yourself in a seemingly abandoned city and struggle to find a precious Banydebosc red wine bottle to cure your loved ones. But be aware; your Nemesis is watching you.

Open your cookbook, grab a lunchbox, and start preparing exceptional bento meals through the amazing puzzles in inbento!

Related:
Brand Family in Bus Simulator 21 Revealed
Take to the Skies with These Official Microsoft Flight Sim Accessories
How The Last Autumn, On the Edge, and The Rifts Changed the Visual Identity of Frostpunk