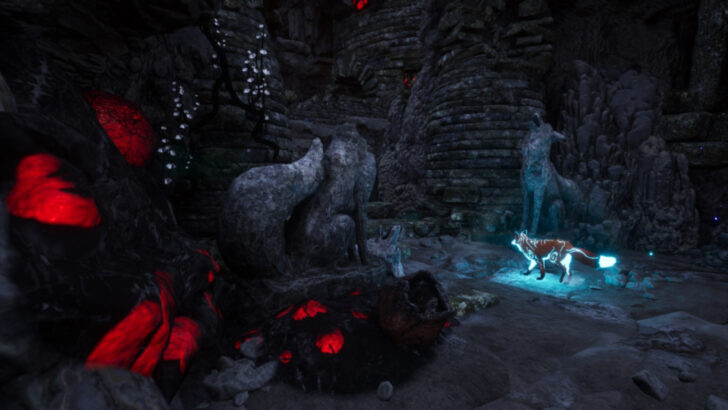 Welcome to Next Week on Xbox! Here we cover all the new games coming soon to Xbox Series X|S, Xbox One, and Windows PC as well as upcoming Xbox Game Pass and soon-to-be released ID@Xbox titles! Get more details on the games below and click their profiles for pre-order details when available (release dates are subject to change). Let’s jump in!

Set out on a beautiful and meaningful adventure across landscapes inspired by those in Iceland. Discover a land left in ruin as you’re guided across mountains by the Guardian of the Northern Lights, solving environmental puzzles to uncover what happened to the ancient civilization that once lived there.

A unique explosive mixture of platformer and arkanoid! Hit the ball, move around, jump, and smash the bricks. If you’re a lover of platformers and/or arkanoid, you’re sure to find something to like here.

Take on the role of Prieto, a strange being unaware of his own nature, but who has the rare ability to become invisible. Onirike is an original 3D adventure, puzzle and platformer video game which takes place in an intricate open world, designed with a non-linear narrative, and presented with a peculiar audio-visual aesthetic.

A puzzle platformer with two hedgehogs moving as one. Tackle 40 levels that will challenge your logic and platformer skills with these team of twins tied by their fingers.

Warhammer 40,000: Space Wolf is a turn-based tactical strategy in which you must take command of the Space Wolves and join the battle against the wicked servants of Chaos and the sinister Necrons. Featuring an epic story campaign, a unique survival mode, and a huge number of weapons.

Welcome to a terrifying world of poetry and romance! Write poems for your crush and erase any mistakes along the way to ensure your perfect ending. Now’s your chance to discover why DDLC is one of the most beloved psychological horror games of the decade!

Join Mina and her best friend Michi as they travel through the seasons of a wonderfully colorful world, solving puzzles and challenging baddies along the way. Together, they’ll uncover secrets, collect magical items and learn special abilities that allow them to reach exciting new places.

Use your puzzle skills to help the player escape the dungeon. Arrange the blocks in sokoban manner to move the pawns, and they will move blocks that aren’t directly available to you. Plan their movements well, know when to start and stop, let them make new movement sequences for you, smart out your way to freedom.

Blaster Master Zero is an 8-bit style top-down & sideview 2D action-adventure game that hearkens back to the golden age of the NES. This game was created using the original 1988 title Blaster Master from Sunsoft as a base, with the addition of new areas and bosses, new gameplay elements such as extra sub-weapons, improved gameplay, a more robust scenario, refined and expanded exploration mechanics, and more.

The Procession to Calvary – July 2

Huzzah! The holy war is over! Your oppressors have been vanquished, the churches of the Old God lay in ruin and thousands of innocent people have been murdered! But it’s not all good news; the tyrant Heavenly Peter has escaped your clutches, and you have been tasked with finding him.

Super Destronaut DX is retro space shooter that pits you against an enemy more dreaded than a UFO, a scoreboard. With multiple modes and high-scores that can be attained by yourself and players all over the globe, this is a game that will put you on the path of achieving a score as high as you can possibly muster.

Dive into the exciting world of finding long forgotten treasures. Grab your metal detector and set off to explore the countryside. What today looks like a peaceful meadow might have been the scene of a fierce battle in the past, hiding now the valuable artefacts.

Take on Henry David Thoreau’s classic adventure in living simply in nature as you explore this epic open world game based on the story of Thoreau’s life in the woods alone at Walden Pond. Features a dynamic and changing natural environment filled with exquisite details, as well as a multi-faceted narrative following Thoreau’s quest for solitude and inspiration in the woods during a time of personal and social crises.