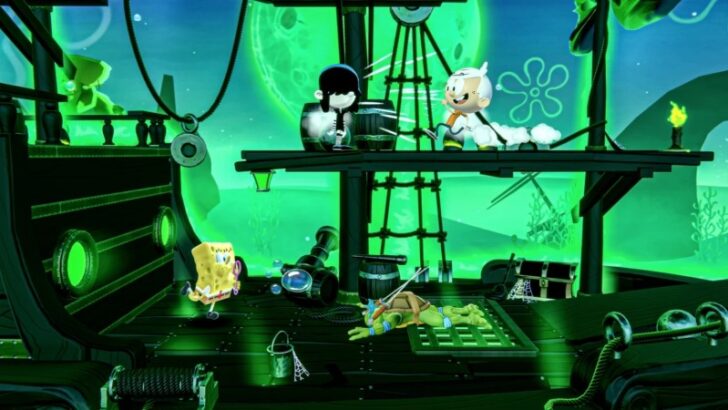 Many of us of a certain age love to reminisce about Nickelodeon’s glory days and which Nicktoons were our favorites. These intellectual discussions sometimes devolve into fierce debates about whether Hey Arnold! was a better show than The Wild Thornberrys, or if ‘00s-era series like Danny Phantom stack up to the ‘90s classics. I’m in the camp of preaching that The Loud House is one of the best cartoons going today. After competing in kart racing last year, you can now settle those arguments in more literal fashion thanks to Nickelodeon All-Star Brawl, a new fighter that pits the network’s most beloved animated stars against each other in a star-studded throwdown.

IGN shared the exclusive reveal of the upcoming game, which is coming later this year for PlayStation 5, Xbox Series X/S, PlayStation 4, Xbox One, and Switch. The game is a multiplayer brawler modeled after Super Smash Bros. Up to four players step into the shoes of their favorite Nicktoon character to duke it out with the goal of knocking opponents off the stage to their demise. Matches can be played locally or online, and the All-Star Brawl boasts 20 stages, such as the Loud’s actual house, The Flying Dutchman’s titular ghost ship, and TMNT’s Technodrome.

Here are the confirmed characters so far, per the trailer:

We can only assume we’ll get more roster additions in the coming weeks. After all, we’re missing characters from popular shows such as Rocko’s Modern Life, Rocket Power, The Fairly Oddparents, Avatar: The Last Airbender, and so on. I’m personally holding out for Angry Beavers‘ Muscular Beaver and/or Baron Bad Beaver.

What do you think of Nickelodeon All-Star Brawl and what characters do you hope to see make the cut? Let us know in the comments!