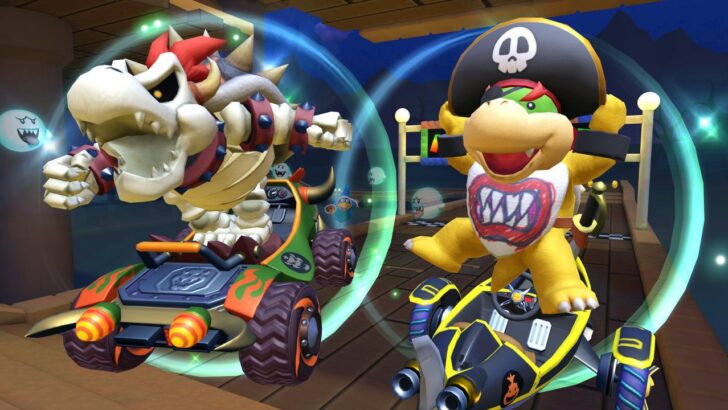 The ‘Kamek Tour’ is on the way.

Mario Kart Tour is quickly becoming the most expansive game ever in the series’ history. Following on from the addition of retro tracks like Cheep-Cheep Island from the GBA release, Nintendo is now adding another new (but classic) character.

It’s the Magikoopa Kamek. Although this isn’t the first time Kamek has appeared in some way or form within the Mario Kart series, this does mark his official debut as a playable driver. If you look close enough, you should be able to see him in the background of the following image: