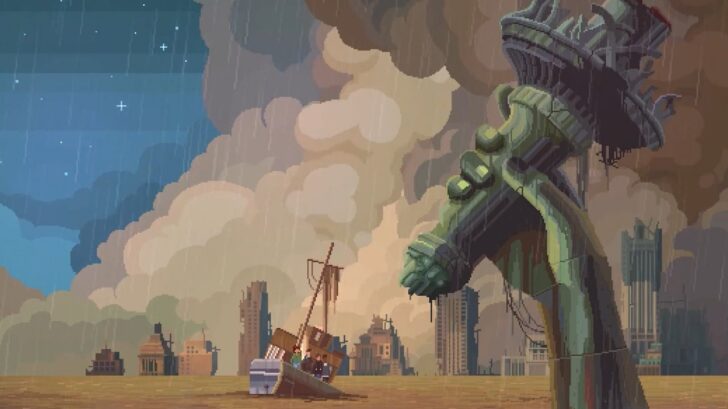 “Our most political game yet”.

Back in 2020, a game called Not Tonight: Take Back Control Edition launched on the Nintendo Switch — on the exact date that the UK left the European Union, in fact. (“Brexit”, as it’s more commonly known). The game was a satirical take on British politics set in a post-Brexit alternate universe; you play a bouncer whose job it is to examine people’s ID, Papers Please-style, in order to figure out whether or not they should be let in.

Following the success of the first game, UK publisher No More Robots and developer PanicBarn have announced a sequel, Not Tonight 2, and this time it’s set across the pond. Here’s how it’s described in the official PR blurb: