‘Pac-Man: Birth Of An Icon’ Celebrates One Of Gaming’s Most Timeless Characters 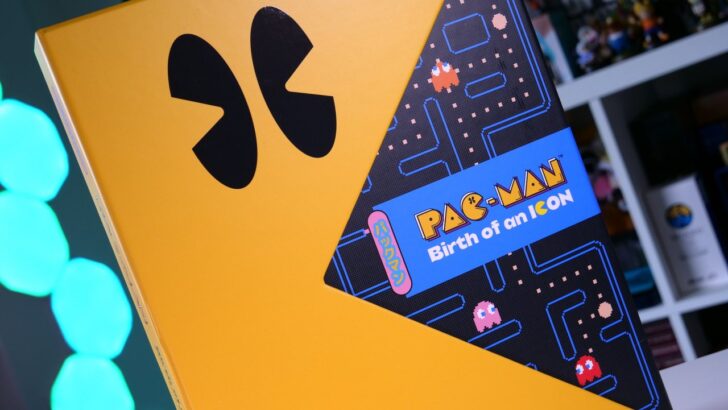 Namco’s Pac-Man is a video game that needs no introduction. Toru Iwatani’s 1980 coin-op smash-hit has spawned sequels, TV shows, songs, merchandise and much more besides, and the character is so famous he’s even included in the Super Smash Bros. Ultimate roster. Plenty has been written about the pill-shaped hero over the past 40 years, but Pac-Man: Birth of an Icon aims to be the definitive account of his creation, success and legacy.

Published by Cook and Becker and written by Arjan Terpstra and Tim Lapetino, this impressive tome charts the early history not just of Pac-Man, but of Namco itself. Peppered with insightful interviews, it looks at the history of the Japanese coin-op industry, and how Japanese games dominated the arcade scene in the west. Even the interesting story of how the unofficial-then-official sequel Ms. Pac-Man came to be is covered here.