Play the Odds with Lost in Random, Coming to Xbox September 10 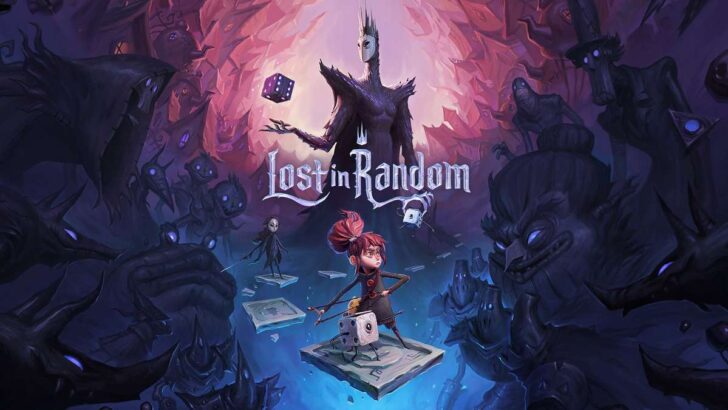 Roll the dice to survive in Random, a twisted kingdom out of a gothic fairytale. In Random everything comes down to chance and only the brave succeed by learning how to tip the odds in their own favor.

Even is a penniless girl whose sister, Odd, has been abducted from their family home in Onecroft. In order to rescue Odd, Even must journey through the 6 regions of Random. Everything in Even’s journey will be about understanding the odds and adapting to each unique circumstance that’s thrown at her.

At the start of her journey, Even will be alone and equipped with only a slingshot. The slingshot is great for breaking pots and collecting coins, but unfortunately it cannot damage enemies. A chance meeting with Dicey, a living die, will allow her to start fending for herself. By rolling Dicey Even will be able to battle enemies, like the mechanical minions of Random’s wicked Queen.

Dicey isn’t exactly living his best sentient die life either when Even meets him – he’s missing most of his pips and can only roll a 1. Still, together Even and Dicey can engage in Combat and finding his lost pips will become another goal of their quest.

Combat in Random happens in arenas that look like giant game boards. Progressing through and ending a fight will usually mean rolling Dicey in order to advance the player piece on the board with the end goal often being to get the player piece to the end. Get the piece to the final spot and Even will be safe. But until you do… she won’t be.

Enemies will spawn in the arena and try to take her out before she and Dicey can get the player piece to the end of the board. Again; Even’s slingshot cannot damage enemies. That’s where her card deck comes in.

You’ll collect five different types of cards to build Even’s deck: Weapon, Damage, Defense, Hazard, and Cheat. Weapon cards will equip Even with weapons like bows or swords which, unlike her slingshot, can damage enemies.

Damage cards cause damage in other ways, like by summoning dangerous creatures to rampage around the arena or making Dicey explode (don’t worry, he’ll be fine). Even can be damaged by these cards too, though, so you’ll need to be careful.Defense cards help you heal and protect Even using things like elixirs and shields. It’s good to have Defense cards on hand when enemies are closing in or your health is getting low.Hazard cards let you add hazards to the arena, things like traps that hurt, weaken, or slow down enemies. You might set up a cannon to attack enemies, for example.Cheat cards nudge the odds in your favor with special effects that make it easier to play cards faster, move the player piece farther, or draw more cards to your hand from the deck.

Building Even’s card deck is an exercise in creativity as well as strategy.

As she travels through Random, Even will become stronger by collecting cards and recovering Dicey’s lost pips, allowing her to roll higher numbers during combat. Even will also need to collect Dicey’s lost pips to advance through the towns of Random, since entry to the different towns (Onecroft, Two-Town, Threedom, Four-Town, Fivetropolis, and Sixtopia) depends on her ability to roll each town’s number.

Random can seem like a chaotic place, and surviving ultimately means embracing that. There are a lot of possibilities and you won’t always know what will happen next, but most of the time you’ll know what could happen. You won’t know if you’ll roll a 3, but you’ll know what happens if you do. By understanding the odds you’ll be able to set Even up for victory.

Play the odds. Win the game. Lost in Random will be available September 10, 2021 and can be pre-ordered now on the Xbox Store.

Related:
Grid Legends Launching 2022: Revealing New Story Mode and Features
Rock Out with Bebe Rexha, Joy Oladokun, and Glass Animals in The Sims 4
Five Reasons to Hop on the Wildest Co-Op Ride of Your Life in It Takes Two