Popular Final Fantasy 14 Encyclopedia, Poster, And Picture Books Are Being Republished, New Manga On The Way Too 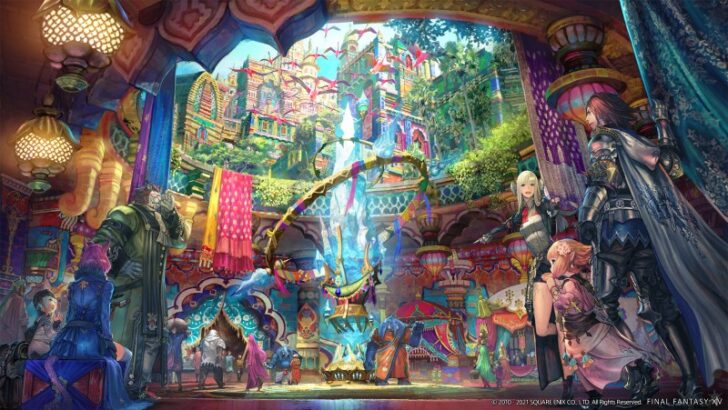 If you clicked into this article, then, like me, you’ve been enamored with Square Enix’s classic Final Fantasy franchise. While XIV isn’t my preferred experience – I’m more of a traditional single-player JRPG kind of guy – I can say that I truly enjoyed the hours that I put into it a couple of months back. But any fan of the franchise should be excited to learn that a couple popular Final Fantasy XIV texts are being republished: an encyclopedia, a picture and poster book, and some new manga inspired by other IPs. Everything that’s coming out is detailed below. Some covers haven’t been finalized yet.

Compiled by the development team, the two volumes of the encyclopedia delve into the locales, organizations, and history of the game world, Eorzea. Additionally, you can get some valuable insight into the regions beyond the main continent to the east. There’s also a complimentary code for the Namingway minion if you’re still unconvinced. Both volumes will drop on April 12, 2022 and you can pre-order them today.

Everyone loves posters. What if I told you that you could get 27 removable Final Fantasy XIV posters in one sitting? Sounds too good to be true, right? The poster collection book has stunning character art from A Realm Reborn and Shadowbringers. They’re even printed on press-varnished card stock. I have no idea what that means since I’m not much of a poster collector, but it sounds incredibly enticing. Pre-orders begin on August 10, and the book will actually be available on May 10, 2022.

This one is a real treat. Lead Story Designer Banri Oda and Concept Artist Hiroyuki Nagamine have joined forces to make a picture book for all you Final Fantasy XIV fanatics out there. Don’t be fooled, this book is meant for all ages and, for the first time ever, it’s been translated into English for Western audiences. Pre-orders start on October 26, and the picture book itself drops on July 26, 2022.

SINoALICE vol. 1 is inspired by Yoko Taro’s mobile game of the same name and drops on February 8, 2022. You can pre-order it today.

My Happy Marriage vol. 1 is a Cinderella-inspired historical romance. Personally, I love anything with the romance tag, so I’ll probably be grabbing this for myself. Pre-orders are scheduled for September 21 with a June 21, 2022 release date.

So which text(s) are you going to buy, or … are you planning to purchase them all? Let us know in the comments!