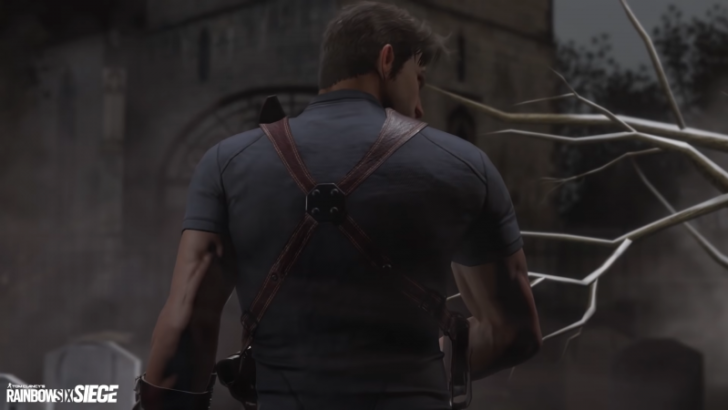 Rainbow Six Siege is no stranger to bringing some interesting crossovers into the game with unique skins. My favorite to this day is probably the Pickle Rick mashup, but for fans of Capcom’s Resident Evil series, the latest skin tribute might be right up your alley. Leon Kennedy, a prominent character in the horror franchise, is crashing the world of operators as a new skin for Lion mains, following in the footsteps of another mainstay character earlier this year.

Joining the Resident Evil fun with the latest crossover is Leon and his cosmetic pack comes with unique headgear, Leon’s uniform, weapon skins, and more for the operator Lion. The face itself appears more Lion than Leon, but the uniform is spot-on. Lion also got a little bit of a makeover, getting more of a Leon-esque hairstyle to go along with his sweet new digs:

Looks like we got a rookie joining the team! The “Leon S. Kennedy” Lion Elite Skin is available now in Rainbow Six Siege. Get it today and showoff your EE-ONE-D skills in your new Leon S. Kennedy uniform, headgear, weapon skin and more! pic.twitter.com/NuXwW8m0Np

Prior to Leon’s arrival, Jill Valentine joined the party as a new skin for Zofia back in March and it looks like even more tributes could be on the way. For now, we’ve got Leon to enjoy if that’s your fancy.

In other Rainbox Six Siege news, Ubisoft announced another new operator coming to the game, one that comes equipped with bulletproof shields and the power to reshape maps. Osa is a Croatian attacker that is known for being a bit of an engineering mastermind and brings yet another strategic layer to the R6 meta. For those that are interested, she is also the first trans character for the competitive shooter. To learn more, you can check her out in all of her tech-loving glory right here.