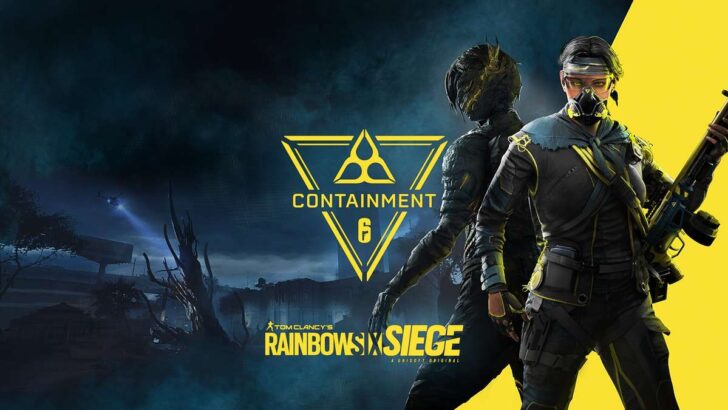 The Chimera Parasite is coming to Rainbow Six Siege on Xbox One and Xbox Series X|S from August 3 through August 24, with a new PvP mode debuting as part of the limited-time Containment event inspired by the upcoming Rainbow Six Extraction. In the Nest Destruction mode, a team of Attackers from REACT — the Rainbow Exogenous Analysis & Containment Team — will face off against a team of Defenders corrupted by the parasite. Winning 10 rounds in Nest Destruction between August 17 to August 24 will unlock a free Nomad Hive Mind set.

Set in a reworked version of the Consulate map overrun by the Chimera, Nest Destruction is a two-tiered scenario that tasks a select group of Attackers – equipped with standard loadouts and no modifiers – with destroying a Chimera Nest, and then tackling a final, round-ending objective. Standing against them are a team of Defenders turned into Archaeans by the parasite, who move faster and have more health than regular Operators, but can only use melee attacks (as well as Aruni’s punch and Oryx’s Remah Dash). Additionally, either team can claim victory by wiping out their opponents completely.

The Containment event also includes 33 new cosmetic items for Operators, including headgear, uniforms, and weapon skins for IQ, Ace, Blackbeard, Amaru, Zero, Aruni, Jager Kaid, Mira, and Warden. These are available as bundles in the in-game shop for 1,680 R6 Credits, or in Containment Packs for 300 R6 Credits or 12,500 Renown. And if you haven’t started playing Rainbow Six Siege yet, you’ll be able to grab it for up to 55% off between August 10 and August 23.

Rainbow Six Extraction is coming to Xbox One and Xbox Series X|S in January 2022, and while the Containment event isn’t reflective of its PvE gameplay, it does offer an atmospheric taste of what’s lying in wait for players when REACT springs into action against the Chimera. So jump into Rainbow Six Siege before August 24, pick your favorite Operator, and get ready to purge – or protect – some Nests.

$9.99
Get it now
Xbox Game Pass
Upgrade to the Tom Clancy’s Rainbow Six® Siege Deluxe Edition! Includes the full game and 16 operators from Year 1 and Year 2.

Dive into explosive 5v5 gameplay, high-stakes competition, and thrilling PvP battles solo or with friends. Tom Clancy’s Rainbow Six Siege features an ever-expanding experience with limitless opportunities to perfect your strategy and help lead your team to victory. The game is optimized for Xbox Series X (up to 4K and 120 fps).