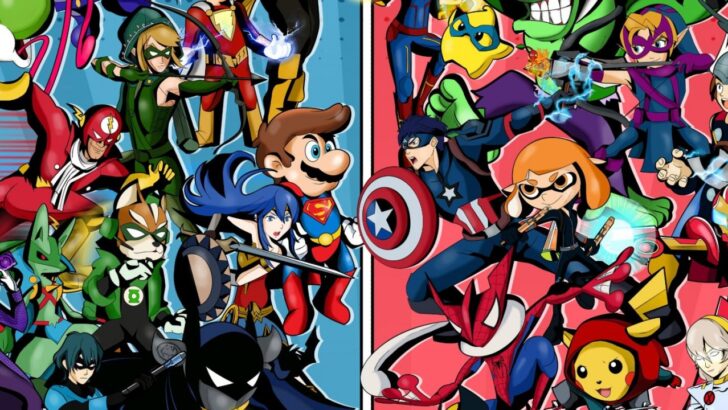 The varied and vibrant roster of characters available in Super Smash Bros. Ultimate really lends itself nicely to fan-made art projects and the like, and this latest effort from Bryan Henry is well worth checking out.

Put together as part of a ‘Super Smash Heroes’ series, the talented artist has been hard at work over the last few months reimagining every fighter available in the game as a Marvel or DC character. The series started right at the beginning with Mario (who obviously takes the role of Superman) and goes right up to the most recently released fighter Kazuya, who takes on the role of DC’s Black Adam.