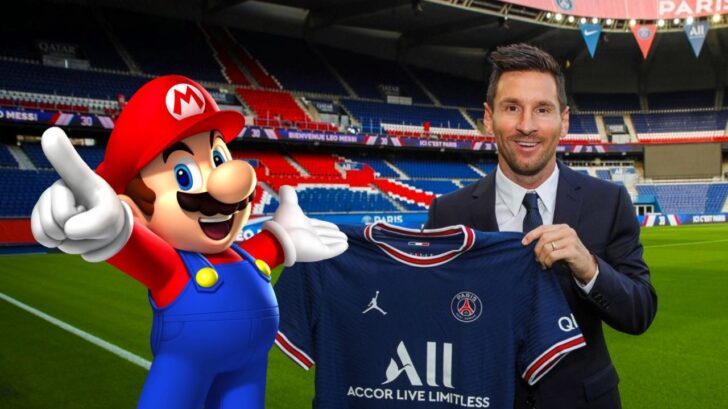 Any FIFA fans amongst us will likely be aware of Lionel Messi’s recent departure from Barcelona; one of football’s biggest stars, Messi’s been making headlines all around the world over the past few days as fans eagerly awaited his next move. The deal’s now been done – Messi’s a Paris Saint-Germain player – and the French football league has decided to celebrate with… a Super Mario tribute?

The league’s English-language account posted a Mario-inspired clip to social media to mark the star’s arrival, complete with 8-bit sound effects and some coin (well, trophy) collecting for good measure. As a finishing touch, the French flag appears at the end as Messi makes it to the goal, referencing the moment that Mario turns Bowser’s flag into his own at the end of a level.