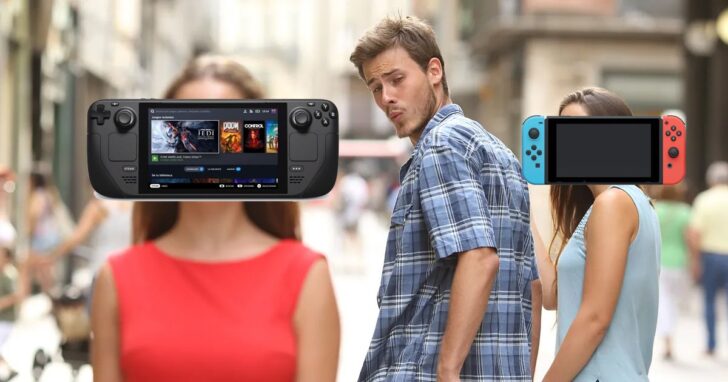 The reveal of the Steam Deck last week triggered plenty of discussion about its merits when compared to the similarly-priced Switch OLED Model, and while it’s hard to imagine Valve competing directly with Nintendo in this handheld battleground, it’s clear that for some people, the decision about whether or not they should lay down cash on the OLED Switch this year just got a little bit harder (as you’ll see from the results of our poll on this very topic).

However, as is so often the case, the internet hive mind has decided that the whole ‘Switch Vs Steam Deck’ thing is worthy of lampooning, hence the fact that we’ve seen a few memes pop up over the past few days – some of which are more amusing than others, it has to be said.