Random: The BBC’s Olympics Coverage Was Made In Unreal Engine 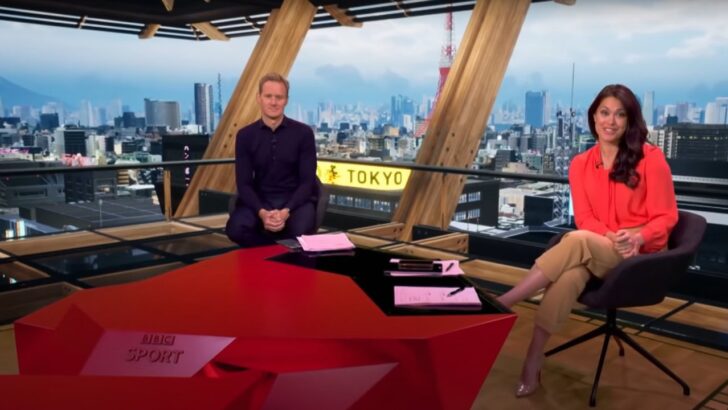 Clare Balding in Fortnite when?

Are you a little unimpressed by the videos of Nintendo 64 games remade in Unreal Engine? Do you think that their sights should be set a little higher? Maybe you’ll finally be happy now that the BBC has just revealed that not only is their gorgeous Tokyo-based studio, which they’re using for their Olympics coverage, is not actually in Tokyo — it was entirely made in Epic Games’ Unreal Engine.

The two presenters, Dan Walker and Sam Quek, recently hosted a behind-the-scenes tour of their elaborate lie of a studio. It turns out that, because of the pandemic, the BBC didn’t actually send their talent off to Tokyo, preferring to instead keep them in the Salford office and make a lovely and totally fake Japanese city background on top of a green screen.