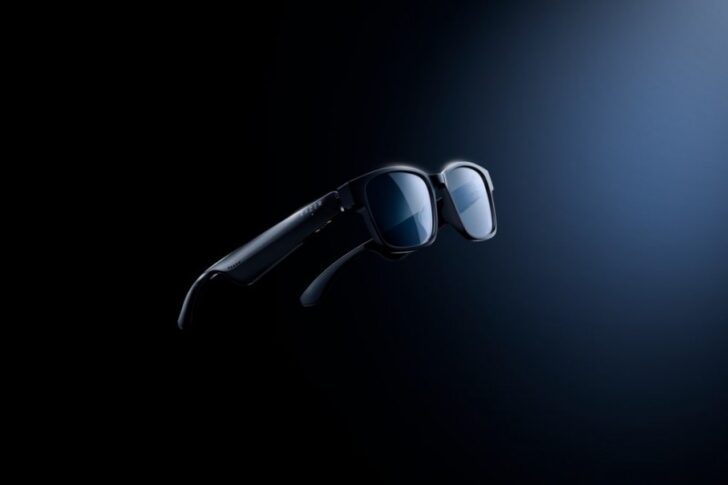 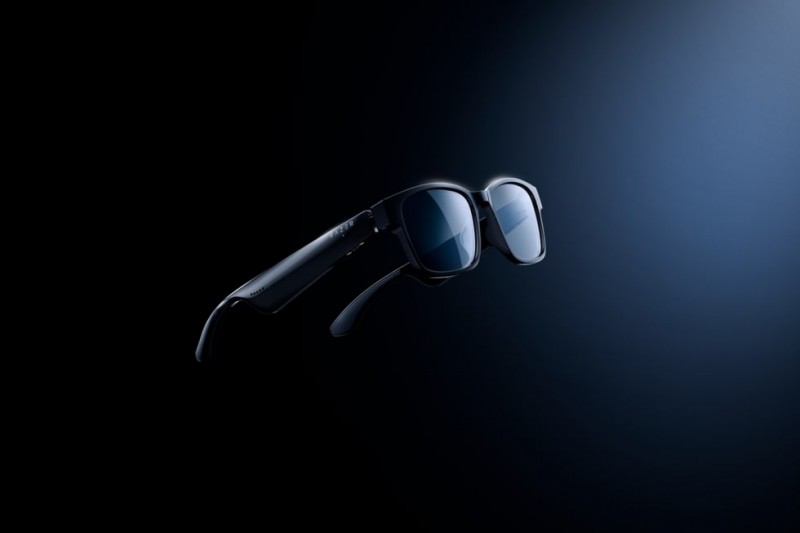 I’ve never been into the “smart glasses” thing. I’ve seen them, and been slightly intrigued by them, but I never saw them as something to be super excited about. Then I sat down and reviewed the Razer Anzu and now I understand their incredible potential. With Bluetooth capability, microphone, and anti-blue light protection, Razer’s newest foray into the far reaches of the gaming-verse is not too shabby. Surprisingly, no RGBs, either.

How Do They Look and Feel?

The term “smart glasses” pertains to technological capabilities. Smart glasses allow users to connect to outside hardware, respond to certain commands, and have added app functionality. This tech is nothing new, companies like Amazon and Bose have released their own versions, so how does Razer compare? Pretty nicely, as long as you manage expectations.

The Razer Anzu glasses look like any normal pair of thick-framed glasses. You can choose from a round frame version and a more traditional rectangle design, both of which come in a variety of different sizes to ensure the right fit. The Anzu looks similar to the Amazon Frames, where the chunky arms are used to house the smart tech.

One pair of Anzus comes with two different charging ports, one for each arm of the frame. They’re a little bigger than I expected, but surprisingly not as weighty as they look, which is good for long-term comfort. 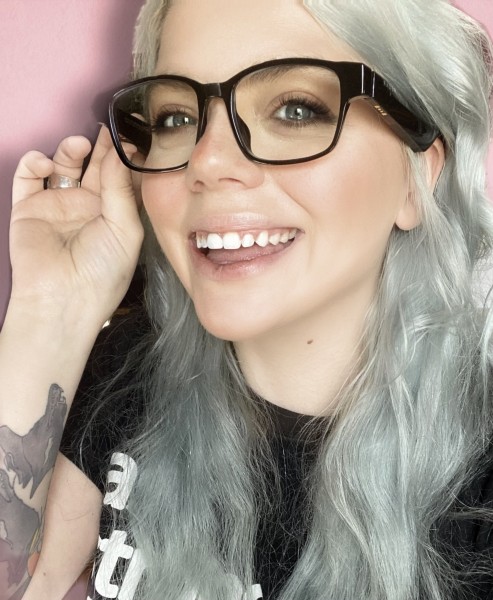 If they fit my big dome piece, they’ll fit yours.

How To Set Them Up

When setting up the glasses and the touch controls, there are two things to consider. You can pair the glasses with a phone or gaming computer, and you can adjust certain settings with the Razer app. Pairing the glasses with a device is easy. The Bluetooth pairs like anything else as long as you make sure you open the arms to activate Pairing mode. To disconnect them from a tethered device, simply close the arms.

If you don’t want to do that and are super attached to the Razer app, you could sync up to Bluetooth that way, but I found it to be more complicated than necessarily worth it. My glasses would sometimes fail to pair correctly through the app, so I just paired my glasses through my computer and smartphone settings and I would recommend anyone that has a pair to do the same.

I didn’t love the Anzus’ functionality. The Amazon Frames’ arms have raised buttons that allow users to tinker with certain settings, like volume. The Razer Anzu does not have anything like this. Instead, they utilize a small touch panel, which isn’t the best in terms of functional control over the settings and limiting in terms of accessibility. I’m assuming this was designed with a futuristic aesthetic in mind, as well as a way to differ from the competition, but that choice made me feel less in control over the settings. I struggle with MS, and I don’t have any feeling in my fingers, so touch-reliant controls are a little tricky. The fact that these controls are on my face (and therefore out of sight) exacerbated the issue. Even worse, the Anzu touch controls don’t always work the way they are supposed to.

The mobile app has one great feature, a tutorial that helps you learn the different ways to use the Anzus, including gesture commands, info on the touch panels, and how to use certain features. This feature helped me see the different ways I could communicate with the glasses and make them do what I needed them to do, such as making a call to someone or giving the little AI assistant a command to look something up for me. One word of caution, however, is that you shouldn’t listen to the directions when it says to “tap.” The controls, at least in my experience, do not respond to a casual touch as represented in the tutorial, instead, a firm press is required. So when it tells you to double “tap” the panel, know that their definition of “tap” is a little different than most and that a quick press won’t get the job done.

How Do They Sound?

Through the Razer app, there are a couple different EQ presets. These are basic presets, and nothing special, especially when listening to music or gaming. The Treble Boost helped a lot when listening to music, but I feel that the quality could use a little improvement. That said, when I was listening to the Game Informer Show (plug, plug, plug), the different settings impacted the audio quality much more than they did with more complicated sound experiences in terms of making the sound more clear and with a little more impact (though still lacking in anything bass-related).

I noticed a small sound bleed, as well. Below the 50 percent marker, I had no issue, even when gaming. Anything above that, however, the people in my Discord or Zoom meeting mentioned that they could hear some audio leaking on their side.

I played a few different games using the glasses; from Destiny 2 to Dragon Age to Dead by Daylight, and I got the frantic voice chat of my team to come through. The audio sounded alright. I don’t expect the high-level quality of over-the-ear headphones, so the quality felt appropriate. 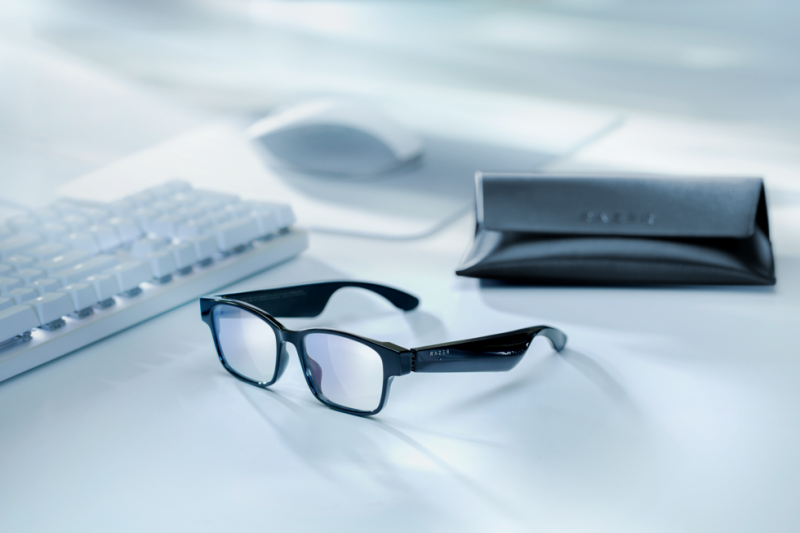 How is the Game Mode?

Anzu’s Game Mode produces low-latency audio. According to Razer, the Anzu glasses utilize an “industry-leading 60ms” Bluetooth connection to ensure quality performance. I used these for different games to “stress test” at different levels. Without Game Mode active, I noticed a definite lag in the audio. With Game Mode on, however, there was a noticeable difference, but I still heard a little bit of a delay regardless, which goes against the claims that the audio experience will remain “stutter-free.”

As a games writer, I am always in front of a computer. When I’m not at work, I’m still at that same computer playing games. It’s a vicious cycle of screentime, but totally worth it. This all means that blue light protection is important to me.

Over the years, blue-light blocking glasses have become all the rage, and for good reason! Whether you’re on a computer all of the time for work, or like to chill out in front of a gaming PC or console, the blue light in everyday screens can really do a number on our eyes. Migraines, vision impairment distortion, sleep disruption – even seizures, the list of harmful side effects of the screens in our lives goes on and on. As someone who experiences seizures from time to time, I always ensure my eyewear has blue light technology.

The Anzu glasses come with a 35 percent filter, which sounds low but is actually really good. For those who want these for the additional blue light protection but are worried they are too clunky for your prescription glasses, Razer promises that the Anzu is compatible with every prescription. That means you can take a pair to your eye doctor to get corrective lenses put in. You can also go to this link to get 15 percent off lenses through Lensable.

The polarized lenses also offer 99 percent UVA/UVB protection, an added attachment that comes in the box for those on the go. That level of protection also aids against eye strain.

How is the Battery?

Battery life in the Razer Anzu is the best out of any smart glasses we’ve tested so far, boasting anywhere between four to five hours of undisrupted use. The lowest time I clocked when wearing these with continuous use was just shy of four hours, and that was with constantly playing with the settings, connecting and reconnecting, and various stress tests – without pause – with different audio sources.

Overall, I think that this is a solid piece of hardware. Though I wish they would reconsider the touch paneling and would fine-tune the audio range, I have been really enjoying my time with a pair of Anzus. They are comfortable, I like the different size options, and they work how I expected them to work.

If Razer can optimize the touch controls and the gesture settings, and make the Gaming Mode a little more viable, I think this could be a tough piece of tech to beat. If interested, you can try out a pair for yourself right here for $199.99.

Oh, and those dope RGBs, man. Come on, you’re Razer, how can you not have that as an option?