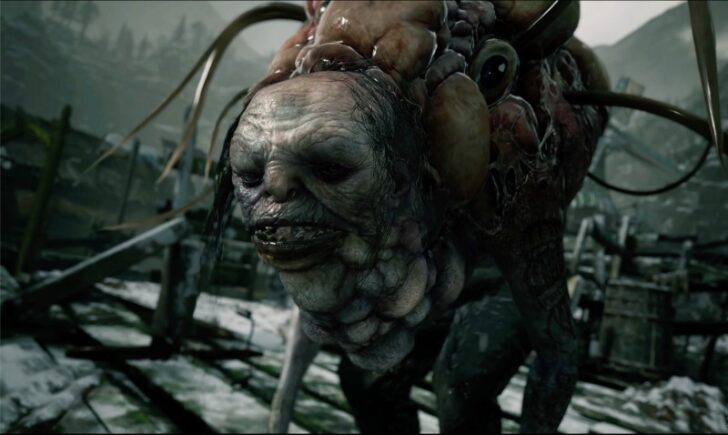 Resident Evil Village was released last year, and we gave it a 9.25 out of 10 and a place in our list of the top 10 games of 2021. While we all await DLC for it that Capcom announced was happening last June, prominent and well-proven Resident Evil leaker-insider Dusk Golem has revealed some new information about Moreau’s swamp area in Resident Evil Village.

More specifically, Dusk Golem reports that Moreau’s section featured mermaid-like enemies at one point before a lot of content was cut from this area of the game. The content cuts happened because Moreau’s area “needed some big reworks to become fully fun, but they had limited time and budget to work with, so opted to instead focus on reworking Castle Dimistrescu and Heisenberg’s Factory,” according to Dusk Golem.

(2/7) it needed some big reworks to become fully fun, but they had limited time & budget to work with, so opted to instead focus on reworking Castle Dimistricu & Heisenberg’s Factory.

“Moreau’s section initially had a sorta open swamp-like section that was laid out similarly to End of Zoe’s swamp stuff, spent time in and out of water, and though ultimately linear, there was several paths through, often choosing to wade through water or to go by land,” Dusk Golem writes on Twitter. “In the water, there was various items scattered around to pick up off the trailer, but the water was home to Mermaid-like enemies. In the water, they could swim for you quickly if spotted you, and you had to get patches of land or kill them successfully before they reached you.

“Even on land, they could be annoying and do this screech attack, which stunned you and slowed you down for a time. The screeching had a second purpose, though, [as] the swamp had a stalker enemy in it. Now, I don’t know who the stalker is specifically, but I have to guess it was supposed to be Moreau. I had it described to me as, ‘a slimy sorta Tyrant-like creature who has a giant acid sack around his neck and shoulders,’ and when close, could either spew acid or use a clawed hand it had.”

Dusk Golem says the screeching of the mermaids would attract the stalker enemy to you, who was the main threat when traversing through the area on land (as opposed to in the mermaid-infest water). Finally, Dusk Golem says there was a sequence in Moreau’s section where “weird, ritual type stuff in the swamp” occurred. They describe it as featuring some Lycan enemies and Witches, with the witches being like what Dimitrescu’s daughters ended up being. They were all positioned around a fire with items around it, and players could either fight them to get the items or sneak through to pick them up.

“That’s about the extent of what I knew about Moreau’s section,” Dusk Golem writes. “From what I hear, it still needed a lot of work and focused their efforts elsewhere.”

What’s your favorite area in Resident Evil Village? Let us know in the comments below!