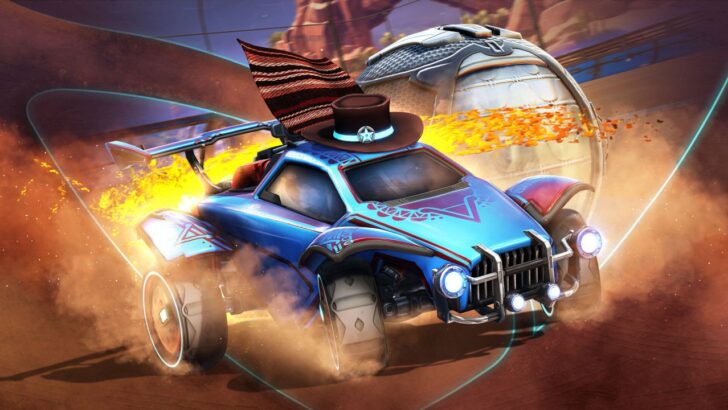 Coming on the heels of James Bond’s Aston Martin DB5 rolling into Rocket League, Epic Games has announced that Season 4 of the free-to-play motorsport soccer game is dropping on Wednesday 11th August and it’s bringing a bunch of new modes and some new Wild West-themed bits and pieces, too.

First up on the list of additions is Deadeye Canyon, a new dusty arena to play in. There’s also a new car as part of the Rocket Pass Premium which goes by the name ‘Outlaw’ (as you can see above), plus various doohickeys with which to decorate your ride.