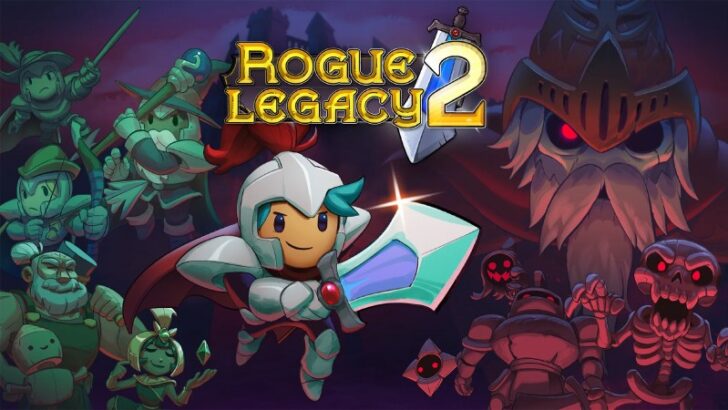 Cellar Door Games has revealed that Rogue Legacy 2, its upcoming roguelite sequel to Rogue Legacy that hit Early Access in 2020, will launch into 1.0 this month.

More specifically, Rogue Legacy 2 will hit Steam and the Epic Games Store on April 28. If you haven’t yet played the first Rogue Legacy, you can do so now as it’s a free game on Epic Games Store from April 7 through April 14. To celebrate today’s news, Cellar Door Games has released a new trailer on IGN showcasing some of what awaits players in the roguelite.

“Rogue Legacy 2 is finally reaching v1.0 and we couldn’t be happier with how it turned out,” Cellar Door Games writes in a press release. “Our goal for Rogue Legacy 2 was always to make ‘Rogue Legacy 3’ because we didn’t want to settle for just more. It had to stay true to the original, but also stand on its own as something new. After nearly four years of development, bringing it to the fans is the final step in this long journey, and we hope they find it as special as we do.”

“Alongside this, Rogue Legacy 2 vastly improves traits to bring greater value to their risk versus reward gameplay, as well as making significant strides in accessibility to let players succeed even when they’re struggling.”

Be sure to check out these new screenshots from Rogue Legacy 2 while waiting for its 1.0 release on Steam and Epic Games Store on April 28.

Are you excited for Rogue Legacy 2? Let us know in the comments below!