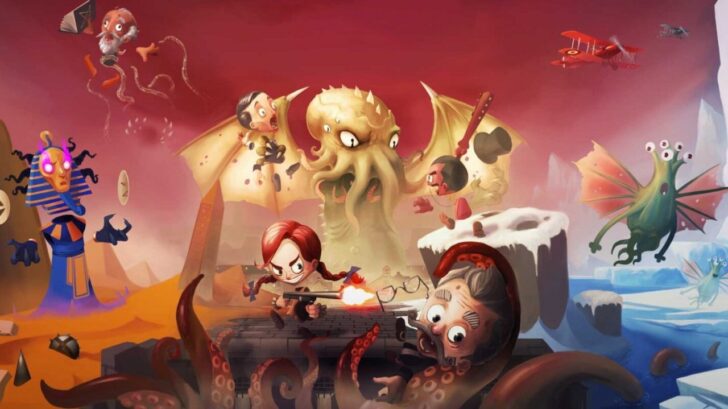 If you enjoy party games on your Nintendo Switch, there’s a new one coming to the system later this year which puts a comical spin on a genre that’s not typically known for its lighthearted laughs. If you like games like Overcooked but find them lacking when it comes to Tommy guns and mythical gods wreaking havoc and horror, Astrolabe Interactive’s Sacrifice Your Friends might be just the thing you’re looking for.

Combining Lovecraftian horror and cartoon stylings, Sacrifice Your Friends is described as a 1-4 player ‘party brawler’ which originated on Kickstarter before being picked up by RedDeerGames for Xbox and Switch (the game is already available on Steam Early Access, too).