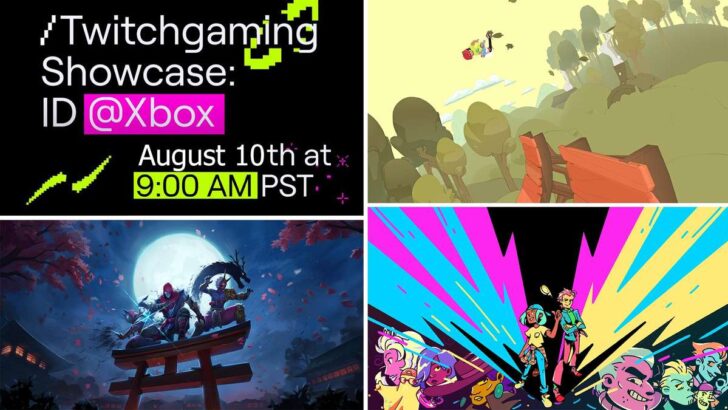 We had so much fun the first time we figured we’d do it again!

That’s right, ID@Xbox and Twitch are partnering for our second /twitchgaming Showcase: ID@Xbox on Tuesday, August 10 at 9:00 AM PT where fans will get to see some of the great work coming to Xbox from independent developers.

During this showcase, we’ll once again feature tons of independent titles, including brand new game announcements from developers and publishers such as Rebellion, Chump Squad, and others. Fans will also get a chance to see the latest and hear from teams working on The Artful Escape, Ollie Ollie World, Library of Ruina, and RPG Time to name a few – and of course, an ID@Xbox show wouldn’t be complete without some Xbox Game Pass news and announcements!

We hope you can join us for all the news and debuts on Tuesday, August 10 at 9:00 AM PT at the /twitchgaming Showcase: ID@Xbox! For all the latest ID@Xbox news, be sure to stay tuned to Xbox Wire and @ID_Xbox on Twitter.

Related:
Become a Space Pirate and Fight Demons in Madness Beverage
Retro-Styled Platformer Castle of Pixel Skulls is Available Now
Clone Drone in the Danger Zone is Available Now for Xbox One and Xbox Series X|S