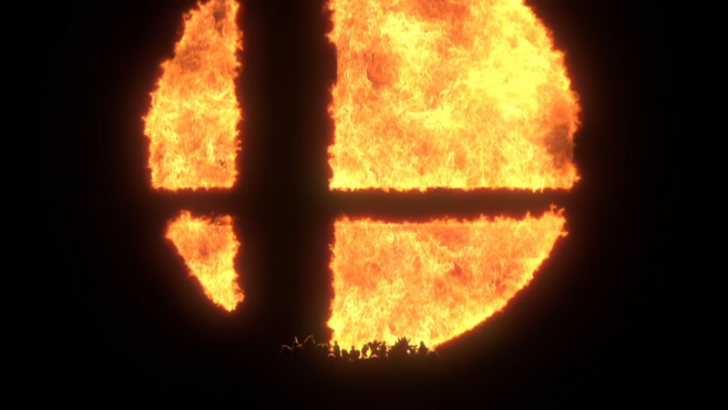 The announcement of Nickelodeon’s All Star Brawl had the gaming world buzzing last week. This isn’t the first time the Gak pack has gotten together for a beat ‘em up, but something about additions like Powdered Toast Man and Nigel Thornberry has got people excited to battle with their favorite Nickelodeon characters. Where else can this Smash Bros. formula be applicable? There would have to be a big and enticing enough cast to bring together for fun throwdown with friends. Here are the universes I think are capable of handling the Smash Bros. treatment.

Marvel Vs Mickey: Return of the Force

Since we, unfortunately, don’t know of any projects in the works with Capcom, its usual partner in fighting games, Marvel has incredible options for sparring partners found within the Disney vault. Mickey, Donald, and Goofy are of course, easy inclusions to square off against the likes of Scarlet Witch, Captain America, and Magneto. Sticking with Disney-proper, Elsa’s ice powers would be entertaining to use, as would Maui’s shapeshifting. History is one of the greatest assets the company has to leverage and has been a big strength for Smash Bros. over the years as well.

We haven’t even gotten to the really exciting stuff yet: Star Wars. Rey, Luke, Leia, Han, Chewie, Palpatine, Finn, and IG-88 could go to war with the Guardians of the Galaxy and Thanos, a true battle of galactic proportions set in some of your favorite worlds. Think of the items you could use. Collecting Infinity Stones to warp time, space, and reality over the course of a match and outright win upon collecting all 6. Everyone could be swinging lightsabers, with each character having their own unique design and color scheme. Mjolnir, blasters, Baby Yoda assists trophies, Ant-Man’s size-shifting devices, and so much more would make for dynamic and memorable moments.

Cynicism is easy to let creep in when thinking about the entirety of what Disney does and doesn’t utilize. Bringing all of its entertainment pillars together in one game could be a way to surface characters lost in the shuffle of the House of Mouse’s current planned trajectory. There’s a whole new world of opportunities for Disney, Marvel, and Star Wars All-Stars. Maybe, just maybe, Square Enix would even let Kingdom Heart’s Sora participate.

There’s a term being thrown around a lot in the wrestling community over the last couple of years, but especially in the last few months: the forbidden door—a door that separates the biggest wrestling companies from interacting with each other. A door that, when opened, can make dream matches possible. Promotions like AEW, New Japan Pro Wrestling, and Impact have been chipping away at this mystical barrier as of late and stirring up the excitement of fans wondering who will show up in which ring next.

Smash Bros. was, in some ways, the forbidden door for video games and an appropriate template for a pro wrestling game bringing together larger-than-life brawlers throughout time and different companies, including those in WWE. It’s unimaginable having today’s top stars going toe-to-toe against one another. Roman Reigns versus Kenny Omega. Kazuchika Okada against The Rock. The New Day taking on The Young Bucks. We live in a golden age of professional wrestling where some of the biggest names may never be in the same ring, though in the same game is a step in the right direction.

A best-case scenario for bringing all these wrestling worlds together would be a clever play on the battle royal matches or even the Royal Rumble itself. Matches could involve finding ways to eliminate characters by slamming or tossing them to specific screen parts. Being the most grounded subject on the list, these strong men and women might need to be spiced up a tad by giving each character splashy moves and powers reflective of their strong personalities. The Undertaker already has kayfabe powers, but allowing him to cast lighting strikes down on other wrestlers would be possible in this fantasy setting. Bringing this cast together may only happen with Fire Pro and WWE2K create-a-characters for now, but this dream of mine won’t go away any time soon.

Okay, this one is a joke, but there’s potential here. WayForward has already proved it can do right by the Dark Universe better than the movie industry with The Mummy: Demastered. Give them the keys to reviving the failed cinematic universe and jam these iconic characters in the next best collaborative format: a 2D platform fighter. Bring in all the legendary Universal monsters like Dr. Jekyll, the Wolfman, the Invisible Man, Tom Cruise, and Dracula to fight for the soul of the Dark Universe.

I wouldn’t stop at the current iterations of these iconic characters either. Since most of these entities are available in the public domain, countless variants of these monsters exist. Adding them as skins or additional characters would give players the chance to use their favorite Frankenstein or Mummy. Since this joke is still going, they could lean in even harder and bring in Booberry, Count Chocula, and the gang. Get Konami involved and bring in Castlevania characters for some brand-appropriate fun, and while we’re mentioning outside collaborations — Hotel Transylvania could cross over nicely, as well. Considering the surprising number of options this may no longer be joke, but a legitimate monster mash.

Yes, this one has been done before with Jump Super Stars and its sequel Jump Ultimate Stars on Nintendo DS, but over a decade has passed, and Shonen Jump’s roster has only grown more substantial and iconic. Series like One Piece, My Hero Academia, Jujutsu Kaisen, and Demon Slayer have been top players in anime and manga. All four of them have incredible casts of wild characters with special skills and abilities. Hell, One Piece alone could fill ten rosters.

When you move into the other weapons at the disposal of the manga publisher, you have little titles like Dragon Ball, Boruto, Bleach, Hunter x Hunter, Yu-Gi-Oh!, Chainsaw Man, Dr. Stone, JoJo’s Bizarre Adventure, Yu Yu Hakusho; the list just keeps going and every entry is a slam dunk. Jump provides plenty of name recognition, even for those who don’t consider themselves fans of anime or manga. Goku and Vegeta are known well enough for newcomers to dip their toes in, and names like Luffy, Deku, Yugi, and Naruto cast an even wider net. Not to mention the crossover potential from other publishers. Guts from Berserk, Erin, and Mikasa from Attack on Titan, or somehow incorporating Gundams? Bring them all in.

Even when factoring in Disney’s slate of franchises, Shueisha’s Shonen Jump contains the collection of characters and worlds most deserving of the full genre celebration treatment. Games like Jump Force from a few years ago tried but failed to hit the mark; however, an approachable party fighter showcasing the great adventures and characters of manga and anime has the potential to do justice to these stories.

Who would be your main in any of these games? Which other spaces of entertainment would you like to see get the Smash Bros. treatment, and why is it primetime sitcoms? I see you, Frasier and My Name is Earl fans. Fill those comments below.