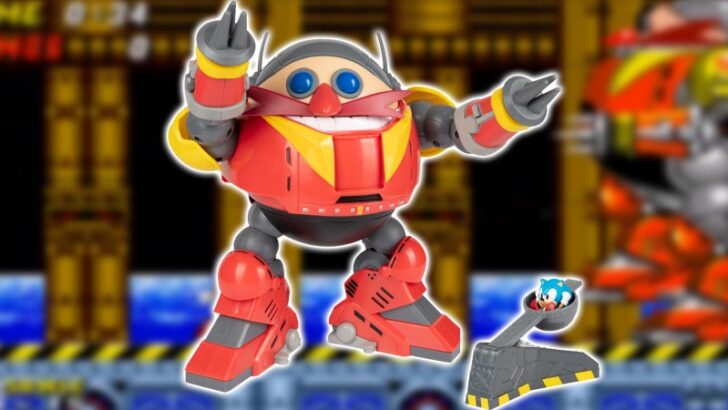 One of Sonic the Hedgehog 2’s most satisfying moments comes in taking down Dr. Robotnik/Eggman’s Death Egg Robot (which is technically a mech when you really think about it but we won’t split hairs). Jakks Pacific agrees, because it has created a toy replica of the iconic boss battle so that you can take it down all over again in real life.

Included is a 2.5-inch catapult containing a coiled and ready Sonic. By flinging Sonic into the Eggman Robot’s chest à la Sonic 2, the chest plate rotates to reveal “damage”. After taking three hits, the robot falls apart into a heap of limbs. Of course, you can reassemble the robot to relive your childhood over and over without having to dust off a cartridge to play Sonic 2 again (not that that’s bad, mind you).

The playset retails between $39.99 and $44.99 and you can pre-order it now at Amazon, Big Bad Toy Store, Entertainment Earth, and GameStop (Disclaimer: GameStop is the parent company of Game Informer). The playset will ship within the next few weeks and has already begun to sell out, so you better nab one sooner than later if you’re interested. If you miss out on this, you can always keep an eye on that neat Sonic Lego set that was greenlit earlier this year.

For other recent Sonic news, be sure to check out our written preview and New Gameplay Today episode of Sonic Colors: Ultimate.