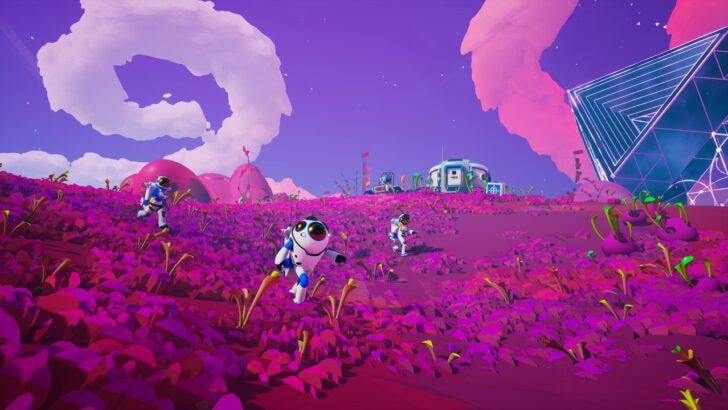 Astroneer is a lot like that Matt Damon movie, The Martian, except instead of Matt Damon, it’s you, and instead of potatoes, it’s… building a base, exploring the alien wilds, and uncovering long-lost extraterrestrial secrets. It’s not really a lot like The Martian, then. Except for being set in space.

You’ll play as a tiny, chunky astronaut, whose design is somewhere in-between the hyper realism of an actual person and the cute little space beans of Among Us. Alone, or with up to three friends, you can explore the procedurally-generated planet you start on, finding resources underground and in the mountains to build a base.