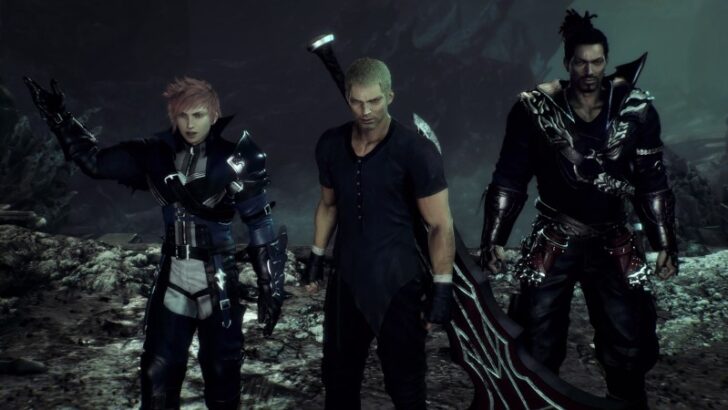 The presentation schedule for this year’s Tokyo Game Show recently rolled out, and Square Enix confirmed when and where you can catch its big live stream. Additionally, it announced individual showcases highlighting Forspoken, Stranger of Paradise Final Fantasy Origin, and Final Fantasy VII: The First Soldier.

As previously revealed, Square Enix Presents will air on October 1 at 3:00 am Pacific. It hasn’t tipped its hand on what to expect from the larger catch-all showcase, but you can check it out (with English subtitles) on its official YouTube channel.

The same rings true for the game-specific streams airing throughout the weekend. If you don’t mind waking up early, here’s when you can catch them live.

Forspoken, which just reappeared with a stunning new trailer during this week’s PlayStation Showcase, will have a presentation on October 1 at 6:00 a.m. Pacific. The game formerly known as Project Athia stars a modern-day woman named Frey who is transported to a fantastical world of dragons and magic.

Chaos reigns the following day when a presentation for Stranger of Paradise Final Fantasy Origins airs on October 2 at 5:00 a.m. Pacific. Positioned as a prequel/spin-off to Final Fantasy 1, the game is an action RPG with light sprinklings of Dark Souls that looks absolutely bonkers. You can read first hands impressions of the demo here.

Final Fantasy VII: The First Soldier, the mobile battle royale game that was recently playable in beta, gets its spotlight on October 3 at 1:30 a.m. Pacific. It’s one of two Final Fantasy VII mobile games in the works alongside Ever Crisis that’s slated to launch later this year.

What are your wildest hopes and dreams for Square Enix Presents? Are you excited for more updates on Forspoken, Stranger in Paradise, or The First Soldier? Let us know in the comments!