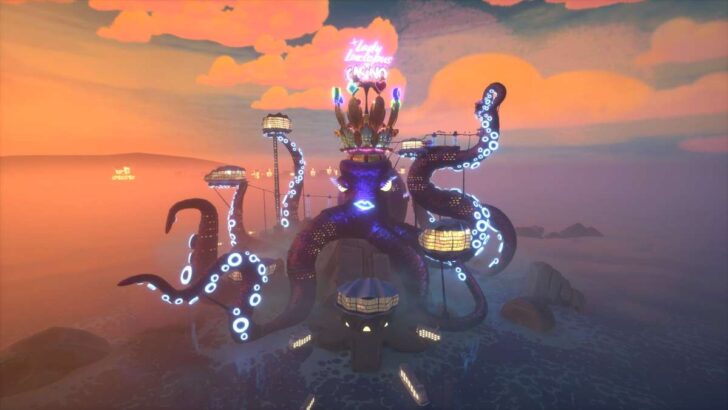 On August 25, Psychonauts 2 will be unleashed upon the world via Xbox consoles, PC, and Xbox Game Pass, continuing the tale of Razputin “Raz” Aquato, a former circus performer who’s left the big top behind to pursue his dream career of being a Psychonaut. If you didn’t play the first game, now would be the absolute perfect time to check it out for free with Xbox Game Pass. Don’t have time? Well then, you might want to take a look at the latest video (embedded above!) breaking down the story so far, courtesy of our friends over at Suggestive Gaming. Once you’re done getting caught up, be sure to enjoy our Q&A with the Suggestive Gaming team below, in which they share some of their process.

Q: Could you run us through the typical process of putting together a ‘What You need to Know’ timeline video?

A: First, I’ll play through every relevant game in the series I’m covering, capturing all of the footage along the way; sometimes this is easier than others, depending on the availability of the titles. After I’ve got all the footage, I go into research mode and start looking into any supplemental material (such as novels, comic books, movies, etc) and start taking notes on those. With all my notes in place, I watch back through my footage and write my script to summarize the games, while filling in any blanks with the supplemental material. Then, it’s just a matter of recording my script and editing it all together into the final video everybody sees on YouTube.

Q: Outside of just providing a synopsis of the core narrative, is there anything specific you look for when creating a ‘What You need to Know’ timeline video?

A: Generally, I’ll try to pick up on things I think will make an appearance in or become an important point of a new installment and focus on those things so the viewer can have a better context if/when those threads get tied up when they play the new game. Other things I like to include are fan-favorite moments, even if they’re not super important to the story. The Milkman’s catchphrase is a perfect example of something I knew I’d have to include in this video in particular.

Q: Do you try to strike a balance between using cutscenes versus in-game moments?

A: This usually depends on the series. Some games keep almost all of the story in cutscenes, while others have you play through the events that transpire. While I usually aim to keep my gameplay footage as presentable as possible, sometimes I’m not happy with certain shots because the movement of the gameplay can be hard to follow with how short the clips I use are. Because of this, I like to keep to using cutscenes whenever I can, but sometimes gameplay moments are just too great to leave out.

Q: Was there anything in particular that stood out to you when you were putting together the Psychonauts 2 ‘What You need to Know’ timeline video?

A: The easy answer here is the “Milkman Conspiracy” level. There’s a clear reason that section of the game is so beloved by the gaming community. The level design, quirky non-player characters, and hilarious writing create one of the most memorable moments I’ve ever had in gaming. Aside from that, I loved deep-diving into the background of the Whispering Rock Psychic Summer Camp and learning about all of its history in-universe.

Q: Are there any narrative threads that you hope will continue in Psychonauts 2?

A: Strangely enough, I’m most excited about Dr. Loboto. Learning his history in the Rhombus of Ruin gives an almost sympathetic quality to his story. Given that we’ve most likely not seen the end of him, I’m very interested to see how he fits into the new game’s story, as well as the true nature behind his actions in the Rhombus of Ruin.

Q: What was it like playing through Psychonauts again? How was your experience playing Psychonauts in the Rhombus of Ruin for the first time?

A: I can still remember returning home from the video store with the first Psychonauts. I was immediately in love with the world and the characters, but unfortunately didn’t get to complete it before my rental was due. It’s really a shame it took me this long to return to it, because I had an absolute blast, and it’s easily the most fun I’ve had playing through a game for the show. As a lover of all things VR, Psychonauts in the Rhombus of Ruin was a super cool experience. I loved seeing all of the characters up close and 3-dimensional in all their high polygon glory, and as I mentioned before, I adore what it added to the story.

Related:
Our Minds Are Playing Tricks on Us: Hands-on with Psychonauts 2
Get Psyched! Psychonauts 2 Launches August 25, Play it on Day One with Xbox Game Pass
Tim Schafer and Ben Reeves on Game Informer’s Psychonauts 2 Cover Story