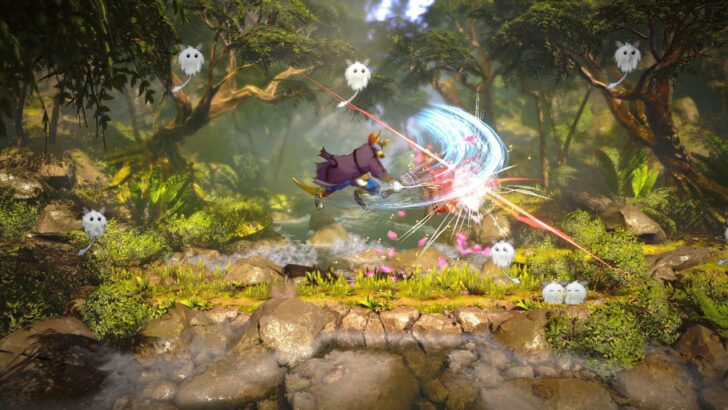 Not quite Hundred Heroes, but close enough.

Publisher 505 Games and developers Rabbit & Bear Studios and NatsumeAtari announced a release date for their upcoming game, Eiyuden Chronicle: Rising. If you’re an RPG fan, that’s probably made your ears perk up a bit, hasn’t it?

You might remember the Kickstarter and announcement for Eiyuden Chronicle: Hundred Heroes back in 2019. This game is pitched to be a successor to Konami’s long-abandoned Suikoden series and is being created with the franchise’s creator Yoshitaka Murayama at the helm. Originally slated for a 2022 release, that game has been pushed back to next year, and not only that, we still don’t know whether we’re getting it on Switch.