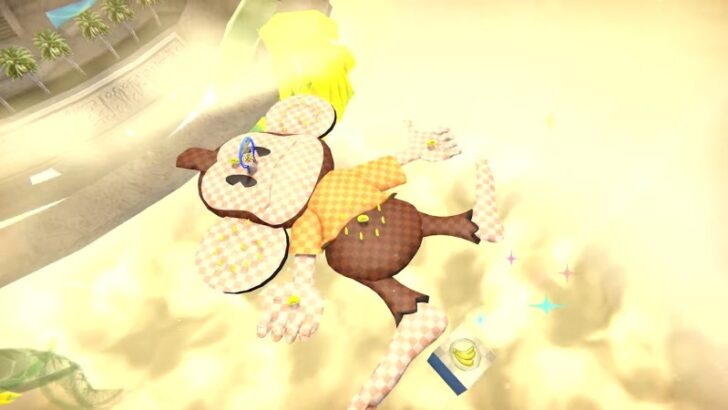 Super Monkey Ball Banana Mania was a pleasant surprise when it premiered during last month’s Nintendo Direct. While it’s not a brand-new entry in the series, it bundles and remasters Super Monkey Ball, Super Monkey Ball 2, and Super Monkey Ball Deluxe for a new generation of players to enjoy. A new trailer provides a better look at how these fan-favorite stages and minigames have been polished up and gives a peek at the game’s story mode.

The trailer shows off AiAi and his pals taking the fight to the evil Dr. Bad-Boon with up to four players working together in local co-op. The video also gives a good look at how several of the classic Monkey Ball stages have been recreated in HD. Needless to say, they look a lot sharper than they did in the early ‘00s.

If you’ve never played a Monkey Ball title, the premise is deceptively simple. Guide AiAi’s ball from the beginning of a stage to the end without having him fall off, all while collecting as many bananas along the way as possible. This is easier said than done, though, due to the challenging, comically absurd design of these arenas that made the series such great party choice during its heyday.

Banana Mania’s full package packs in over 300 courses and 12 minigames from the first three Monkey Ball titles (even though Deluxe was in itself a compilation game albeit with some original stages). It also features new playable characters, online leaderboards and time attack mode, but sadly no online play. The collection is the second Monkey Ball remaster in recent years after Sega released an HD remaster of 2006’s Super Monkey Ball: Banana Blitz in 2019.

Any Monkey Ball fans excited to take a trip down memory lane with banana Mania? Let us know in the comments!