Super Smash Bros. Ultimate Does Not Have Too Many ‘Anime Sword Users’ 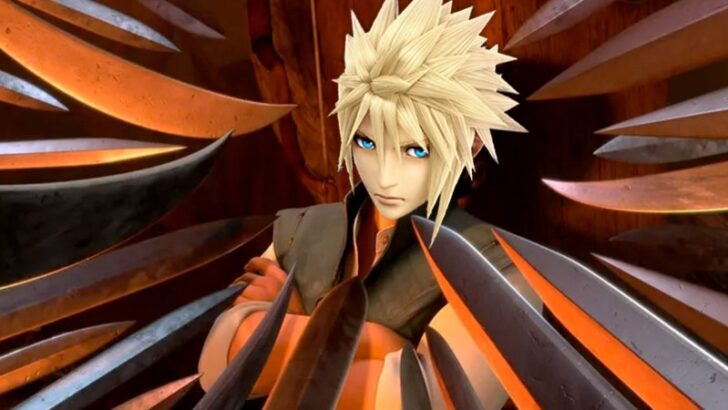 Now that Sora’s arrival has sealed the deal on the Super Smash Bros. Ultimate roster for good, I can finally say what I’ve been holding back for years: the game does not have too many “anime sword users.” It’s the most screeched complaint about the game, and it drives me up a wall. While I get where it comes from, it’s also completely overblown and inaccurate. I’m not saying you shouldn’t be concerned with such a thing – variety is the spice of life, and no one wants an overabundance of the same character type. But it isn’t nearly as much of an issue as sword-haters would have you believe, and I’m here to prove it in every scientific and absurd way imaginable.

First, let’s break down the term “anime sword user.” What does that actually mean? The label “anime” doesn’t make sense as none of the characters in Smash come from an actual anime. They’re all original video game characters. There is no anime to be had.

You may now be saying, “You’re arguing semantics. They look like anime characters.” I guess? I mean, if you’re saying they look like Japanese cartoons, then news flash: nearly the entire roster falls into that distinction. In fact, the only non-Japanese fighters are Banjo Kazooie, Minecraft Steve, and – to get super duper technical – the tie-wearing Donkey Kong, Diddy Kong, and King K. Rool (because Rare, a British studio, conceived these guys despite Nintendo owning the characters).

Don’t mind me; I’m just poking fun at this objectively silly part of the complaint. I know the “anime sword user” term arose from the perceived abundance of Fire Emblem characters, fighters who best fit the prototypical “anime look” (whatever that is). What people really seem to mean is that there are too many Fire Emblem representatives in Smash, though even that criticism barely holds water. Has anyone counted the roster? There are eight Fire Emblem fighters in a game of 80+ characters. Really take that in. Out of 82 characters (89 with Echoes, but we’ll stick to the official number), only eight hail from Fire Emblem. Barely 10 percent of the roster is too much?

Ultimate’s roster has 11 characters from the Mario series. Twelve when you include Donkey Kong (which he totally counts, but I’m being ultra-specific for the sake of argument). That’s roughly 14 percent of the roster, still very little in the grand scheme, but why does no one flip their lids about this? Not only that, but people were screaming at Sakurai to add Waluigi! Hey, I’m one of them – I’ve wanted that purple goof in the game for years. But I also don’t complain about any series having too many representatives. I smell some bias against Fire Emblem.

Would it be acceptable if Luke Skywalker, an American-made swordsman, joined the roster? That’s a rhetorical question, as I know the main problem lies in the swords themselves. But for those who just hate anyone who uses such a weapon no matter what they look like or where they come from, let’s break down how many pure sword wielders the game truly has.

Out of Super Smash Bros. Ultimate’s 82-character roster, only 22 use a sword as their primary weapon. Here they are below:

These fighters account for just shy of 27 percent of the total roster, or a little over 1/4. That might sound substantial, but it also means 60 characters don’t use swords as their main weapons. Sixty characters! Most fighting games are lucky to have 30 or 40 characters total. “Too much” would suggest that at least half the roster swings a sword. They don’t! To further drive this point home, and because nothing says “I’m right” better than a visual aid, I painstakingly created this helpful and exciting pie chart for reference:

As you can see, the visual representation of non-sword users resembles Pac-Man. You know who also doesn’t use a sword? Pac-Man. Coincidence? I think not. What does it mean? Something.

Looking at it like this, you’ll see that there’s an overwhelming number of fighters that wouldn’t fall into the detested sword category. Thus, in reality, there are a plethora of alternatives for those who despise sword users with the burning passion of a thousand Hotheads. So why are we still on about “too many sword users”?

There are also a few caveats to consider that further bolster my argument:

Sora’s keyblade isn’t a sword. It’s a big ol’ key. Sure, he swings it like a sword, but no one would call me a swordsman if I swung a broom around. Sometimes it turns into something more blade-like, but it won’t in Smash (likely due to the lack of Disney involvement).
Pit/Dark Pit are essentially the same character, so you could argue they count as one sword user. They also wield dual swords that play more like twin daggers than anything. Not your grandmother’s sword user at all.
The Link trio plays largely the same with some slight differences, so you could also argue they’re just variations of a single sword user.
Steve barely cracks this list as his sword is definitely not the star of his moveset. He could easily be cut.
No one cares about Mii Swordfighter. Period.

Look, I’m not saying you have to like Sephiroth, Lucina, or Shulk. I, too, get tired of Ike batting me around like his personal shuttlecock. I’m just saying that now Super Smash Bros. Ultimate is effectively finished, it’s time to retire the lame, worn-out “why can’t I hold all of these anime sword users???” complaint with it. Just say you don’t like them. The numbers don’t lie. Ornery fans, on the other hand? Maybe just a little bit.

Ganandorf wasn’t included because he throws hands as often as he whips out his broadsword.
That’s a knife that Joker uses.
You’re seriously going to try and lump in Kirby? Really?