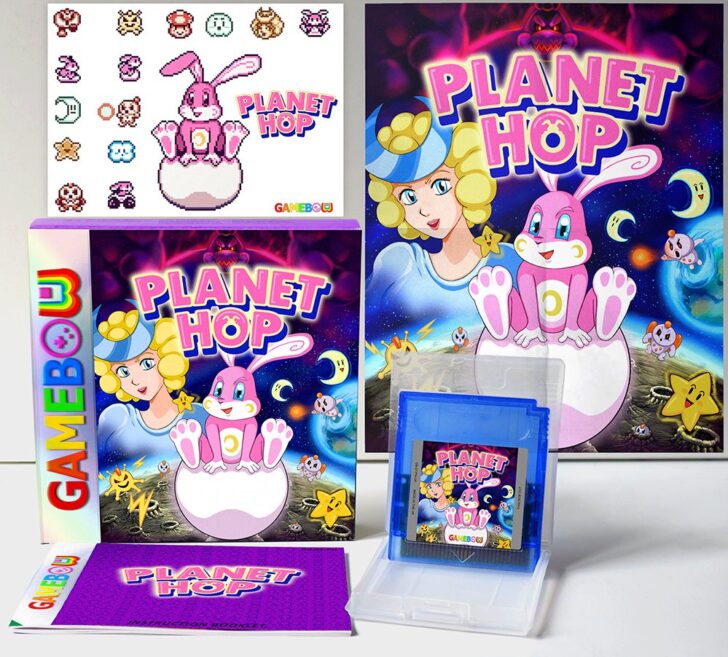 Platformer aims to include at least 72 stages.

Though the hardware is long discontinued, there’s something about the Game Boy that continues to attract eager coders and game makers. Part of it will be nostalgia and ongoing admiration for the system, while there’s also a distinct challenge to making games that fully utilise modest retro hardware.

There’s now another new developer producing an all-new Game Boy title, which will work specifically on the original hardware (and clone-style hardware like the Analogue Pocket). Planet Hop is the work of debut developer Alex Watkinson, who is forming his studio Gamebow. Ltd with the goal of producing a range of Game Boy titles.