Take Your First Look At Jurassic World Evolution 2 In Action 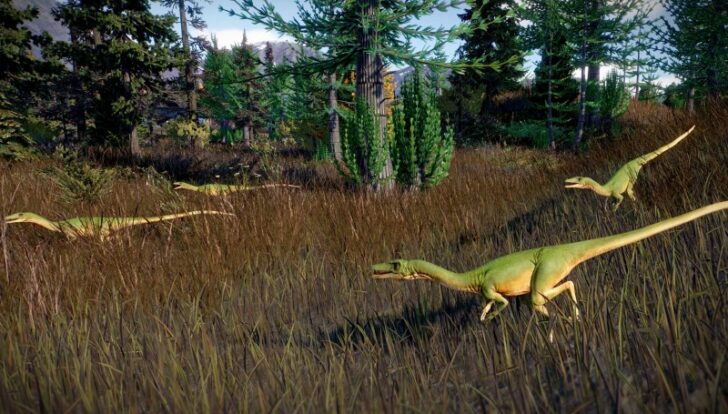 Frontier Developments today released the first developer diary for Jurassic World Evolution 2, the upcoming sequel that places more emphasis on story and dinosaur realism. Players are still tasked to build the theme park of their dreams in various locations, but that isn’t the only way they’ll be interacting with dinosaurs this time around. The story dictates the goals and sets up a variety of scenarios across the United States.

I saw 30 minutes of Jurassic World Evolution 2 in action a month ago, and also talked to the development team about what players can expect from this sequel, but this diary offers the first glimpse of the new dinosaur aggression systems. You’ll see raptors chase prey as a pack, and triceratops battle for dominance within a habitat – perhaps showing us who the alpha will be.

The video walks through many of the new features and changes within this sequel, and also provides beautiful glimpses of the dinosaurs and customizable structures they’ll be near. Frontier gives a brief look at the enhanced flying habitat, and mentions water creatures will be in the game for the first time, but doesn’t give us a look at what these watery areas will look like. If the Mosasaur is in included in park spaces (which has been teased), the habitat will have to be huge. If it is, I hope you feed it sharks, just like we saw in the Jurassic World movie.

The biggest piece of information we all want still remains a mystery: the release date. Frontier is still saying just “2021.” The good news to this is the messaging is still this year. Until we learn more, take a good look at the detail included in the dinosaurs in this video. They looked great in the first game, but look so much more lively this time around. It’ll be interesting to see just how many behaviors they have, especially when predators around around.