Talking Point: Everyone Has A Bad Game They Love, So What’s Yours? 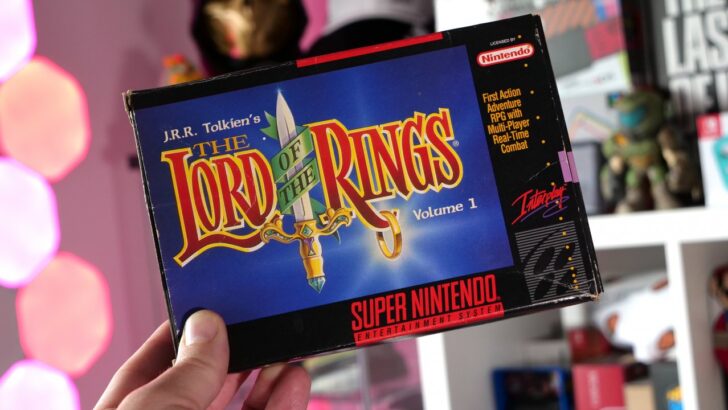 “All that is gold does not glitter”.

Recently, I set out on a quest to track down a copy of J.R.R. Tolkien’s The Lord of the Rings: Volume 1 for the Super Nintendo – a game that I awarded a paltry 3/10 to some time ago. I didn’t seek out a copy as a strange kind of punishment, or to be ironic – I wanted to re-own it because, despite being pretty terrible, I’ve got a genuine, heartfelt connection with it.

Back in 1994, when Lord of the Rings originally hit the SNES, I was already a seasoned fan of the acclaimed fantasy series. My introduction to Tolkien’s world wasn’t the book trilogy – or even the child-friendly prequel novel, The Hobbit – but Ralph Bakshi’s 1978 animated version of the first two Lord of the Rings books – The Fellowship of the Ring and The Two Towers – and, following this rather uneven (but still beloved) primer to Middle-earth, I read the original books a few years later. By the time I’d hit my teenage years, I was hungry to consume as much media relating to the series as possible – which, back in the early ’90s, wasn’t as easy as you might assume (Peter Jackson’s blockbuster movies were still some way off).