Talking Point: If Breath Of The Wild 2 Launched Alongside New Switch Hardware, Would You Upgrade? 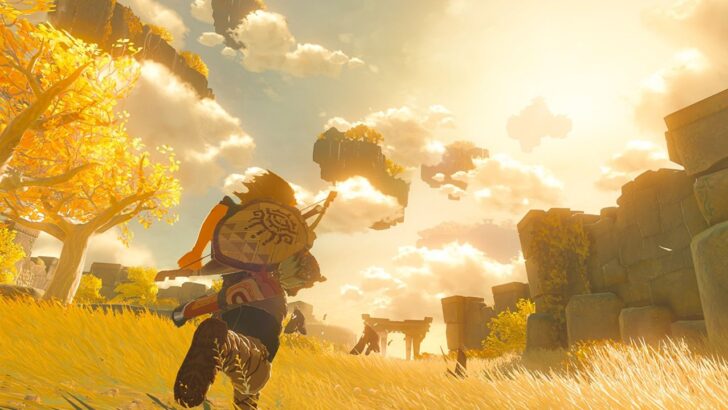 Gotta have those fluffy clouds.

Just a couple of weeks ago, the famed honcho of the Legend of Zelda series, Eiji Aonuma, announced that the sequel to The Legend of Zelda: Breath of the Wild would be delayed into Spring 2023. It was an announcement that many of us were undoubtedly expecting, particularly given that 2022 is already playing host to the likes of Bayonetta 3, Xenoblade Chronicles 3 and the more recently announced Pokémon Scarlet and Violet, which is lined up for the ‘Late-2022’ slot.

While we wiped away a tear from the corner of our eyes and lamented that we wouldn’t be playing BOTW2 over the holidays this year, the announcement video itself showcased some brand new footage from the upcoming sequel; so much so, in fact, that we even posited 16 theories about Link’s gnarly new arm. What we perhaps didn’t notice at the time — something we hadn’t considered until the chaps over at Digital Foundry talked about it recenty — was that the footage looks remarkably crisp for OG Switch hardware.