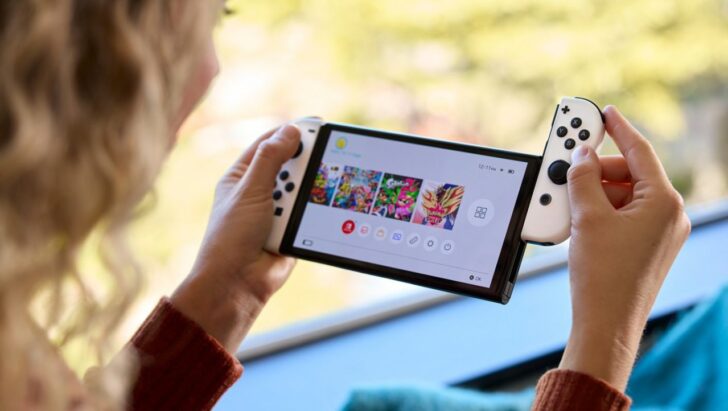 Slowed down, but familiar.

With the Nintendo Switch OLED model now just a couple of short weeks away, we’re heading into the system’s fifth Holiday season with three distinct ‘tiers’ in its hardware family. We’ve written previously about how each Switch iteration offers something different, in terms of features and price points, and how that stacks up against other gaming systems as we head towards the year’s most competitive and important shopping season. Nintendo is in its own ‘bubble’ with its first-party games and the different role of the Switch compared to other hardware, but it’s still competing for a lot of the same dollars as Sony and Microsoft.