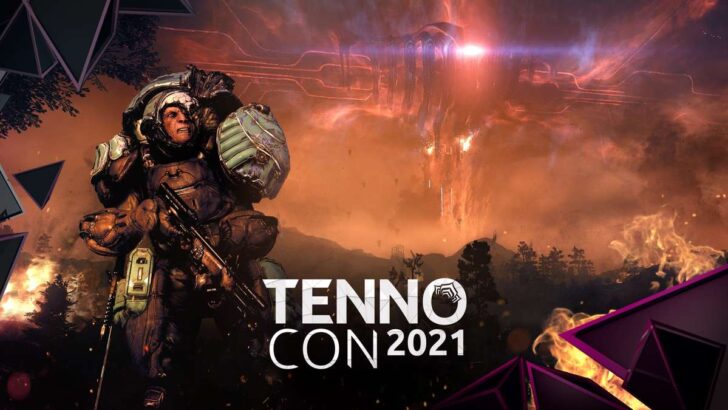 From cross save/cross play, simultaneous releases, to story-based content, Digital Extremes gave Warframe players what they wanted at TennoCon 2021.There were many memorable moments from the annual celebration that we’d like to share with players unable to tune-in for the live broadcast.Warframe is available to play for free today on Xbox One and Xbox Series X|S

To everyone who virtually attended TennoCon 2021: thank you for once again making it a fun Warframe player event full of live reveals and premium in-game item rewards. There were many memorable moments from the annual celebration that we’d like to share with players unable to tune-in for the live broadcast:

We have such a personal, engaging, and dramatic storyline in Warframe that’s beloved by Tenno (Warframe players) and over the last few years, we’ve added several Cinematic Prologue Quests building towards this major moment in Warframe history, and we’re nearly there. During TennoLive, we got right to it, right into the story players want more of. We announced our upcoming story-based content expansion and the highly-anticipated Cinematic Quest players have been waiting for: The New War, coming in 2021.

We revealed live to Warframe’s global playerbase, our plans to continue the cinematic storyline that will bring players into some of the most immersive, cinematic content we’ve ever created. The New War will deliver what players have been waiting for. The Warframe story must continue to be told, and our upcoming Cinematic Quest will do just that…  We’ll share more information and assets through our Devstreams on Twitch as we get closer to launch.

During our live demo, we showcased three iconic locations that were either under attack from invading Sentients, or the very heart of the threat itself. For the first-time ever, we then played not as a Warframe but rather three new playable characters: Corpus soldier Veso, Grineer soldier Kahl-175, and the iconic Dax: Teshin. It’s just a small piece of the larger experience and there are plenty of Easter Eggs and fan theories to be created from this. We lightly showcased some of the new mechanics and abilities when playing as the new characters as well as some ways players will use weapons they know and love! Grakata!

Demo featured footage of players being able to fight as the Grineer and Corpus for the first time ever.

Some of Warframe’s most unique content is experienced through cinematic solo quests, which reveal more about the player’s story within the world. Warframe players have been requesting we build upon this main quest line for years. It took longer than expected but we are glad players are intrigued by what we did show (and what we did not show) and are interested in what the next chapter of Warframe could look like, especially on Xbox Series X | S. This will be our first cinematic content expansion launched on next-generation consoles leveraging a fully upgraded experience and new tools.

A Celebration of Major Moments of The Old War

The first-ever look of tenno in a Zariman classroom, experienced live in-game.

It’s been a couple of years since we first teased The New War, and we knew players would be excited to learn what we have been developing. We all agreed that following the demo we had to do something special. This was going to be an important moment for players, and we wanted to create an immersive, interactive, and intimate experience… to make it truly personal for each of them, just like their storyline.

We developed a virtual space that showcased key points of interest from The Old War storyline, giving players the ability to walk around and view unseen memories and stories from their past. For the first time ever, a Zariman classroom filled with Tenno was revealed. While we hope it provides some answers, we also wanted this preview event to raise more questions and yes, players should tug on that thread, there is more there, and more to come.

As revealed during our first major Cinematic Quest, The Second Dream, in 2015, and today during TennoCon, [SPOILER ALERT] Warframes are actually controlled by orphaned Tenno children called Operators. Since then, we’ve gone to great lengths, as has the Community, to keep it a secret as best we could, but now we are sharing the story, helping everyone catch-up and prepare for The New War. Since the secret is out, we designed a large diorama in our relay event to celebrate this occasion by visualizing the relationship between the Tenno and their Warframes.

Simultaneous Game Updates Across All Platforms with Cross-Play

With Cross Save and Cross Play, the Warframe World Will Better Connect Players Together For Online Cooperative Action.

We want Warframe content to be available to every player, no matter what platform or country, at the same time. For Xbox players, they’ll now be able to play the same day as PC and other HD consoles. Moving forward, all future content – including The New War – will be launched simultaneously.

We also want players to have the ability to matchmake quickly and enjoy the thrill and excitement of cooperative online action.  The in-game world will be more alive, with more people to connect with to play, chat, and more…  We have so many planets and so many game modes, enabling cross play will bring players together, boosting the population to cover the entire sprawling Origin System with non-stop action.

Warframe is now a cross-generation online game that started with Xbox One and was upgraded and advanced with the next-gen capabilities of Xbox Series X | S. Warframe is a big game. We’ve been around for 8 great years so far, and we know our players enjoy other great games and that they don’t just play one game all the time. Some players might have an older account from a different platform or console. With the introduction of cross save, players across every platform will be able to continue playing seamlessly wherever and whenever they choose. Players can literally pick-up and play from where they left off, however long ago that may be, and regardless of what platform they were on.

We demoed cross play and cross save during TennoLive but it’s still actively in development. When it’s ready for release, players will be able to jump back into Warframe and continue their cinematic journey through The New War storyline.

See you in Warframe, Tenno!

Join the Tenno and defend an ever-expanding universe. Wield your Warframe’s tactical abilities, craft a loadout of devastating weaponry and define your playstyle to become an unstoppable force in this genre-defining looter-shooter.

Your Warframe is waiting, Tenno.