The Leaderboard Shares “107 Facts” About Psychonauts 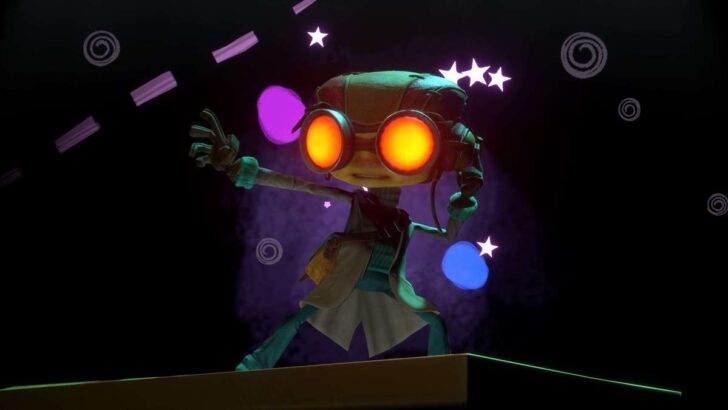 We’re now just a few short weeks away from slipping on a pair of iconic goggles and guiding Raz through dangerous minds in Psychonauts 2, releasing on Xbox consoles, PC, and with Xbox Game Pass on August 25.

Recently, we shared Suggestive Gaming’s detailed recap of the events of the original Psychonauts and Rhombus of Ruin — you can check that out here.

To further prepare you to join the ranks of the Psychonauts, we’ve also teamed up with The Leaderboard, purveyors of detailed storyline deconstructions and other gaming arcana.

First, track Raz’s timeline from Day 1 at Summer camp in this Timeline:

Then dive deep into the lore with 107 Facts:

Here’s how they put it all together:

Q: Could you run us through the typical process of putting together a “107 Facts” video?

Ophelie: The first step to creating a “107 Facts” video is to look for resources. Those can range from interviews to reviews to forums to videos. Developers’ interviews are the most precious source of information out there, as they are often filled with facts that the general public may have missed. Then, we must find video content to illustrate each fact.

It’s usually gameplay clips, cutscenes, or interview footage from the developers. Sometimes, additional photos are required to give some context, like the portrait of someone or an early stage drawing of a character. Finally, to break up the voice-over and improve the flow of the video, we add some sound-ups. They are short videos, usually from a cutscene, that have a relation to a fact we just mentioned.

Ophelie: To make it to a “107 Facts” video, a fact must be either funny, informative, useful, or interesting. Each fact must bring added value to the video and keep the viewer entertained.

Q: Any facts from Psychonauts franchise that stand out to you in particular? Any facts that surprise you?

Ophelie: There are so many random facts from Psychonauts, from the development stories to the in-game references when exploring one’s mind. The fact that Tim Schafer wanted an ostrich to be the main character of the game surprised me. In-game, I liked the reference to reviews of “White Chicks” during the fight against Jasper.

Preston: Playing Psychonauts again a decade after I first experienced it was refreshing. Many platformers of the early-mid 2000s don’t well in my opinion, but Psychonauts holds up. I’d say this is thanks primarily to its presentation; Psychonauts is obviously weird and absurd, which helps keep the gameplay fresh due to the ever-changing environments and powers at Raz’s disposal.

Q: Outside of just providing a synopsis of the core narrative, is there anything specific you look for when creating a “Timeline” video?

Preston: When creating a Timeline video, I look for moments in games that are distinctive enough to highlight. By highlight, I mean either focusing on it via a sound up or by making a joke or lamp shading it in the script itself. Take the reveal that Linda and Mr. Pokeylope were/are in a relationship as an example: It’s not critical to the core narrative, but it is fun and helps spice up the video. If I was just creating a synopsis of the plot, the Timeline would be dull, which is why I look for moments like this.

Ophelie: When selecting videos to go with the script, the most important is to show exactly what we are talking about. There is no specific ratio between cutscenes and in-game moments. Cutscenes and in-game dialogues are both useful for the sound-ups.

Preston: A balance between scenes and dialogue is important, though I tend to prefer using in-game scenes with our script VO (voice-over) rather than using in-game dialogue to keep clips shorter. As for cutscenes vs. in-game moments, I lean towards using cutscenes in ‘Timeline’ videos because they form key components of the narrative.

Q: Was there anything that stood out to you when you were putting together the “107 Facts” and “Timeline” videos?

Ophelie: Psychonauts is filled with references to pop culture. There isn’t a single level or character without an entire backstory, nods to other games or movies, and funny one-liners. There are also many fun facts about its development and what the game could have been.

Preston: I didn’t realize just how breezy the story to Psychonauts was before creating the Timeline video. In my mind, I remember Psychonauts for having a more in-depth story in comparison to similar games of its era. But in retrospect, it’s pretty compact. That’s not to say the story is weak – quite the opposite. The fact that Double Fine created such an impactful narrative while still being relatively short is a testament to the strength of the story and characters.

Q: Are there any narrative threads that you hope will continue in Psychonauts 2?

Ophelie: In Psychonauts 2, I hope we will learn more about the Psychic Six – or rather, seven. Raz and Lili’s relationship is also cute, so I’d like to see more of it! And I hope Dart will make a cameo somewhere, as well!

Preston: For Psychonauts 2, I’m looking forward to learning more about Raz’s family, specifically the relationship that his father has with psychics and the Psychonauts. And though I don’t expect her to make a reappearance, if Linda does come back I will be very happy.

Related:
Suggestive Gaming Breaks Down “What You Need to Know” About Psychonauts 2
Our Minds Are Playing Tricks on Us: Hands-on with Psychonauts 2
Get Psyched! Psychonauts 2 Launches August 25, Play it on Day One with Xbox Game Pass