The Legacy Of Zelda: Seven Games Inspired By Zelda You Can Play Right Now 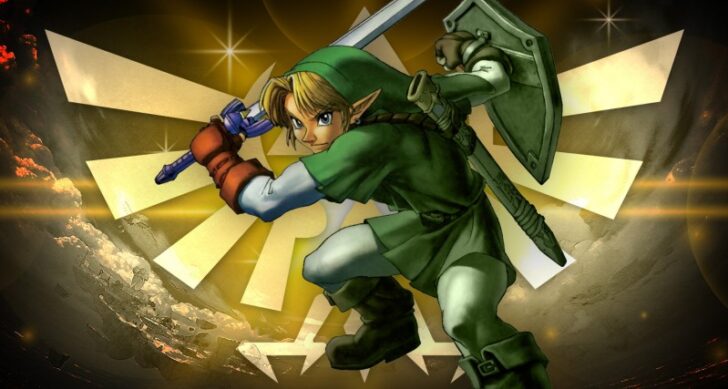 There is no shortage of games that will provide your Zelda fix, many of which take ideas from all over the series. Do you want something that plays more like the original The Legend of Zelda, or maybe a contemporary entry like Breath of the Wild? Some borrow ideas whole cloth, while others cherry-pick concepts and build around those. With Skyward Sword HD releasing on Switch this week, Game Informer is celebrating all things The Legend of Zelda, even those not bearing the name but are heavily inspired by it. We’ve put together a list of games you can play right now that, one way or another, give off a good Hyrule feel. Here are seven Zelda-likes of the past and present you might want to check out.

Assuming the mantle of War, an edgelord horseman of the apocalypse who has been accused of prematurely kickstarting the end of the world, you’re on a quest through a ruined Earth seeking delicious vengeance against his accusers. Darksiders was a bit of a surprise Zelda-like when it was released in 2010. War’s journey takes him through puzzle-laden dungeons, where he finds new items and tools to progress, such as the Hookshot equivalent Abyssal Chain and a sweet portal artifact. Combat is more combo-heavy than you’d find in Zelda, but if you’ve ever wanted a mix of Ocarina of Time and Devil May Cry, Darksiders is worth playing. Darksiders: Warmastered Edition is available on PlayStation 4, Xbox One, Switch, and PC.

Chronos: Before The Ashes

A prequel to Remnant: From the Ashes, you’re ordered to infiltrate another realm and kill a dragon who resides there. However, this mission will not be completed in just one go. Upon failing, your character has to time travel the hard way and wait an entire year before passing through the portal once more. As you age, the skills you’re proficient with change over time. You may start off focused, wielding a sword and shield, but end as a wise and elderly spell slinger. Being the hero of time in this dark world is a life-long undertaking a Zelda fan might have missed. Chronos: Before the Ashes is available on PlayStation 4, Xbox One, Switch, and PC, where you can find the original version made for Oculus VR.

Capcom’s Okami let players have a Hyrulian adventure in canine form months before the release of Twilight Princess. A darkness has started to envelop the land of Nippon, where demonic beings have started to appear. You play as the sun goddess Amaterasu, a white wolf who wields a Celestial Brush to slice objects, make bombs, and even paint the sun into the sky. Fans of Wind Waker will gravitate towards Okami’s gorgeous environments and Japanese watercolor art style, which goes hand-in-hand with Amaterasu’s inky interactions. Okami is an adventure that can’t be missed. Originally released on PlayStation 2, you can play its HD remaster now on PlayStation 4, Xbox One, Switch, and PC.

Maybe the hardest to get your hands on of the bunch, 3D Dot Game Heroes is the Zelda-like to hunt down for that classic Legend of Zelda feel. Everything from the music to the world and monsters look like they came straight out of NES Hyrule and brought to life with blocky voxels. These 3D pixels give a pseudo-8bit look while adding plenty of depth and detail to a scene. 3D Dot Game Heroes gets playful with the Zelda formula, allowing your character to be built brick by brick as your own creation, and weapons can be massive blades covering an entire screen in one swipe. So far, the game has only been released on PlayStation 3, so keep an eye out at your local used game store for this gem.

Want something along the lines of Breath of the Wild? MiHoYo has you covered with Genshin Impact, a game that takes a lot from Nintendo’s latest Zelda adventure. Genshin stands out on this list as a full-featured experience on mobile, and unlike the rest of the games here, it is free to play. Of course, Genshin has plenty of gacha mechanics to spend money on for new characters and weapons, but you don’t have to engage with it in that way to enjoy what it has to offer. You can explore a big, colorful, anime-inspired open world with mountains to climb and glide down from. While you start as The Traveler, you’re not confined to using just one character. In fact, you’re encouraged to build a team of four to adventure with, each with its own weapons and elemental affinities.

Genshin is a live game, meaning updates and events are happening all the time. Next week on July 21, will be the release of Genshin Impact 2.0 and the debut of a new area called Inazuma. Give it a try on PlayStation 5, PlayStation 4, PC, iOS, and Android.

Dark Souls (And The Souls Series)

It’s doubtful we would have the Souls series without the ideas Nintendo baked into the 3D Zelda games. You’d be hard-pressed not to see variations on Z-targeting, Link’s dodges, and item utilization from Ocarina of Time in From Software’s signature series. With an entire world interconnected like one big dungeon to explore, danger and treasure can be found around every corner, so learning how to deal with each deadly threat is vital. Souls games are hellish adventures that will put your skills and patience to the test. Along the way, you’ll venture through dark forests and ornate castles to battle towering knights, armies of the undead, and a massive wolf wielding a great sword. Dark Souls Remastered can be found on PlayStation 4, Xbox One, Switch, and PC.

The Binding Of Isaac

Mostly inspired by early Zelda dungeon design, the Binding of Isaac is one of the looser interpretations of Zelda-like on our list. One of the modern roguelike pioneers, Isaac uses tears as projectiles to kill the horrors you find while delving deep down into a hellish basement. Along the way, you’ll pick up items that will modify Isaac in fun ways, like making tears explosive or vomiting destructive beams of blood. The combinations of these items and how they interact with one another are nearly endless. This game certainly isn’t for everyone, but those looking for a fresh experience every time should consider The Binding of Isaac. Repentance, the newest Isaac expansion, is out now on PC and coming to PlayStation 5 and Switch on September 25.

What are some of your favorite Zelda-likes we didn’t mention here? Which aspects of a Zelda game do you see the most in other titles? Feel free to share your thoughts in the comments.