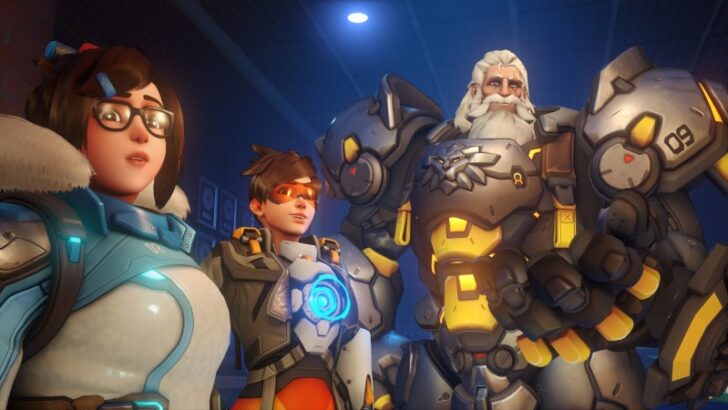 Are you ready for some Overwatch fun in the sun? The Summer Games event returns tomorrow, July 20, with new skins and is expected to last until August 10, plenty of time to get in some raucous games of Lucioball. That’s right, the Lucioball game mode is returning. If you somehow haven’t had a chance to play it yet, now’s the time. It’s kind of like football (soccer) with its own special mechanics, basically lots of zooming around and blasting balls into goals.

Weekly challenges are in play for players to complete and earn legendary skins. New skins are in the pool here and have been showcased on Blizzard’s social channels, if you want a quick look at some of the fashion options that are perfect for summer Overwatch.

Yes, there’s a Sprinkles Mei. You heard me correctly. What better way to dish out the cold chill of game wins than with a freaking ice cream-themed Mei? Seriously. No Mac and Cheese ice cream here, but there are sprinkles. Makes you want to just go find an old-fashioned ice cream parlor and load up on a sundae. Or you know, just unlock the skin, whichever comes first.

Another event skin that’s sure to be a hit is Poolside Ashe. Fun in the sun, super-soaker style weaponry, and yes, even a freaking pink flamingo hat for BOB are all on deck with this skin. There’s a shark charm on the gun too, just in case the other accoutrements weren’t enough to have you chasing this skin down.

There are plenty of other skins to look forward to as well, but for Symmetra players out there, you can live the mermaid dream. That’s right, there’s a Mermaid Symmetra skin. It looks exactly like you probably envision it.

The action all begins tomorrow! While we’re still holding out for news on Overwatch 2 all the time, this is a returning event that’s always added a bit of summer fun to the standard Overwatch mix, so I can’t complain about the addition of sprinkles and sharks. Are you going to be hunting the new legendary skins or kicking around in some Lucioball? Let us know in the comments!