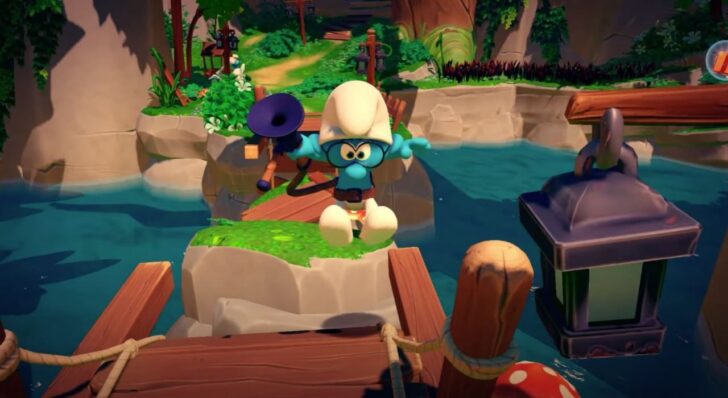 Ah, the Smurfs, those funny little blue characters that have endured over decades in popular culture, albeit not necessarily residing in the top tier when it comes to mainstream popularity. The brand is still lucrative, though, and publisher Microids is working with developer OSome Studio to bring The Smurfs – Mission Vileaf to Switch and various platforms on 26th October.

And, well, it looks encouraging. In fact if you swapped in some different mascots and released this teaser many would possible react with “ooh, that could be good”; the sneaky peak shows the “do-it-all Smurfizer” in action, which looks a bit Super Mario Sunshine-esque in execution. There’ll also be four different playable characters and five worlds, so potentially plenty to do.