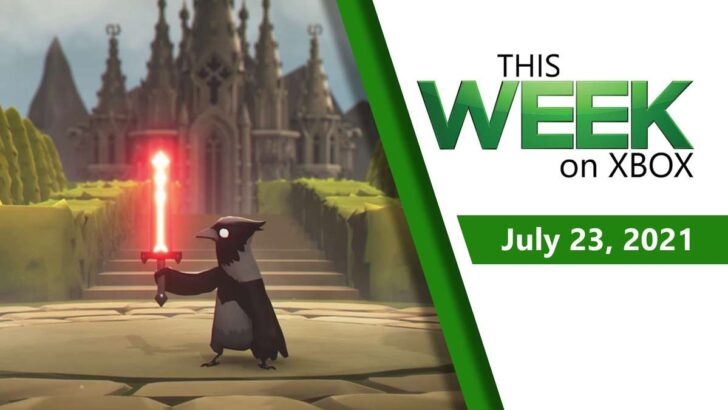 Coming Soon to Xbox Game Pass: Microsoft Flight Simulator, The Ascent, and More
I hope you have a cleared-out gaming schedule, as we’ve got many games to look forward to through the rest of July with Xbox Game Pass! On July 27, we’re taking to the skies with… Read more

Season 2 Kicks Off Next Week in Knockout City
I’m here to give you the inside deets of the latest dodgeball to hit the streets with the start of Season 2 – Soda Ball! Alright, who’s thirsty? Dodgebrawlers all over the city have learned… Read more

Our Minds Are Playing Tricks on Us: Hands-on with Psychonauts 2
On August 25, we’ll set off on another cerebral adventure with Raz in Psychonauts 2, the newest imaginative game from legendary game designer, Tim Schafer and Double Fine Productions... Read more

Battlefield Portal Allows You to Build the Battlefield Experience of Your Dreams
The Battlefield series has a long history, both in reality and in-game. Over the course of the nearly 20 years the venerable shooter franchise has been around, players have experienced… Read more

Play the Odds with Lost in Random, Coming to Xbox September 10
Roll the dice to survive in Random, a twisted kingdom out of a gothic fairytale. In Random everything comes down to chance and only the brave succeed by learning how to tip the odds… Read more

Announcing the MLB The Show 21 Summer Circuit Tournament
Get ready to show off your Diamond Dynasty squad in MLB The Show 21‘s first competitive cross-platform tournament circuit. Everyone who plays all their matches on day one wins Stubs… Read more

Brand Family in Bus Simulator 21 Revealed
Today is the day I can finally unveil the entire brand family including all licensed bus models that you will be able to drive in Bus Simulator 21. Get ready for September 7, 2021 when the… Read more

How The Last Autumn, On the Edge, and The Rifts Changed the Visual Identity of Frostpunk
Frostpunk, a city-building survival sim from 11 bit studios, will see the arrival of three expansions today, July 21, on the Xbox Store. When we thought about additional content, we set two… Read more

Hive Hunting with Co-op Survival Shooter Aliens: Fireteam Elite
I grew up in a house that let me watch R-rated sci-fi and horror movies as a kid. The ‘80s, as you’re likely aware, had a handful of now-iconic films that were definitely not for kids… Read more

Gen:Lock, 50th Champion, and More Arrive in the Largest Paladins Update to Date
The newest Paladins update brings plenty of new content for players to enjoy, including our first ever crossover featuring the hit Rooster Teeth show “Gen:Lock!” For this patch, the Event Pass… Read more

Cris Tales Available Now for Xbox One and Xbox Series X|S with Xbox Game Pass
The long wait for the highly anticipated time-traveling RPG Cris Tales is finally over. After seven years of development, we reflected on how much work went into this overly ambitious… Read more

Next Week on Xbox: July 26 to 30
Welcome to Next Week on Xbox! Here we cover all the new games coming soon to Xbox Series X|S, Xbox One, and Windows PC as well as upcoming Xbox Game Pass and soon-to-be… Read more

TennoCon 2021: Warframe’s Story-Based Content Expansion The New War Launching This Year
To everyone who virtually attended TennoCon 2021: thank you for once again making it a fun Warframe player event full of live reveals and premium in-game item rewards. There were… Read more