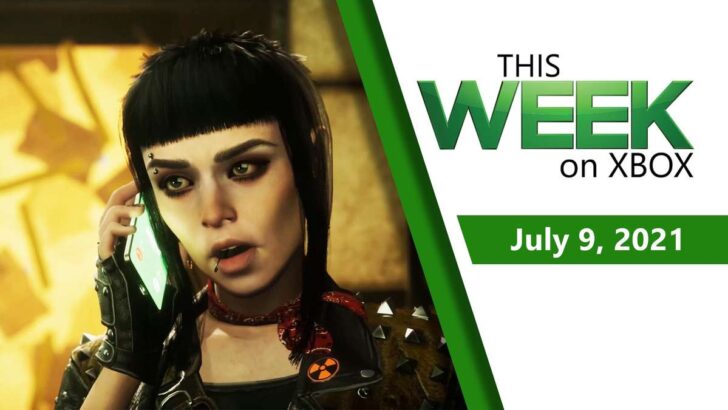 “It’s All There” with Xbox All Access
At Xbox, we’re always looking for ways to give our fans even more choice in how to jump into the next generation of gaming—and to have some fun doing it… Read more

Check Out the Biggest Game Reveals From Nacon Connect
We just wrapped up our biggest event of the year with the Nacon Connect livestream, featuring a huge line-up of games for 2021 and beyond. We even got to premiere… Read more

Influence a Cast of Gods and the Shape of a New World in Mythic Ocean
What would you do if you could talk with the gods, and your influence on them could change the cosmos? Mythic Ocean is an atmospheric adventure… Read more

Destiny 2 Solstice of Heroes 2021 Event is Now Live
Guardians have persevered under a sky blanketed by the Endless Night. By trusting in each other and their new Eliksni allies, the Vex simulation has been overridden, expunged… Read more

Inside Xbox Series X|S Optimized: A Plague Tale: Innocence
One of the biggest benefits of all that power in the hardware is giving developers the ability to make games that are Optimized for Xbox Series X|S. This means that they’ve taken… Read more

Start a Journey of Discovery When Omno Launches July 29 with Xbox Game Pass
Greetings, explorers! I’ve been working away on my very first game, Omno, for nearly 5 years now, and I’m delighted, relieved, and terrified to finally be able to announce… Read more

Creating the Unique Movement of Blue Fire
A small glowing character stands in the middle of a bridge, alone in the dark. As you move forward you begin to feel the ease and fluidness in the controls… Read more

Next Week on Xbox: July 12 to 16
Welcome to Next Week on Xbox! Here we cover all the new games coming soon to Xbox Series X|S, Xbox One, and Windows PC as well as upcoming Xbox Game Pass… Read more