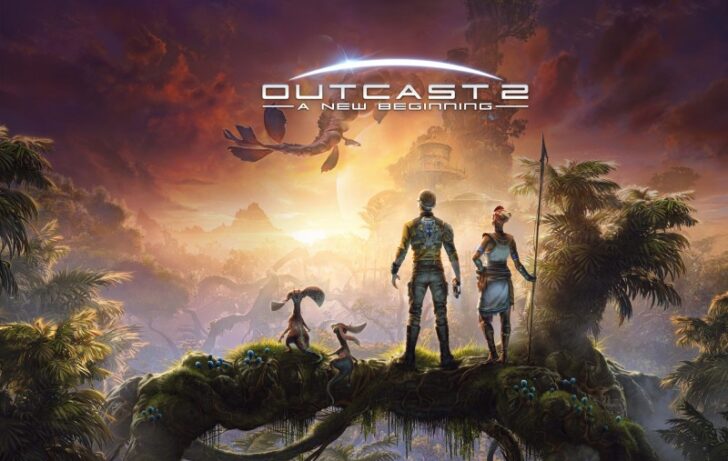 THQ Nordic has announced a revival of the Outcast franchise with the upcoming release of Outcast 2: A New Beginning. Development started in 2018 with at least ten developers from the original Outcast team onboard, including the director and art director from that game.

Outcast 2 revives ideas from the original sequel that was being planned in 1999/2000. Due to financial issues with its publisher Infogrames, the project was shelved indefinitely. Appeal Studios, the team behind A New Beginning, wants to make a product that feels like a successor to the cult classic. Appeal is looking to implement a non-linear narrative an enticing world to explore.

Like the first game, Outcast 2 will take place on the planet of Adelpha, and players will step back into the shoes of Cutter Slade 20 years in the future. Due to an accident while escaping the planet, Slade was blipped out of time and found his way back decades later. To keep the world fresh, players will explore a different part of the planet and meet new inhabitants. Combat and movement have been updated, according to THQ Nordic. Outcast 2 is a third-person shooter at heart, with modular weaponry being a focus. However, Cutter will also receive magic-like “Talan powers” and a new mobility-enhancing jetpack.

While we don’t have a release date quite yet, THQ Nordic informs us Outcast 2 is nearing the end of its “pre-alpha” stage of development, a good sign we’ll be seeing it sooner rather than later. THQ Nordic and Appeal Studios are releasing Outcast 2 on PlayStation 5, Xbox Series X/S, and PC.

Outcast is a game that I missed out on all these years but heard rumblings of it over time. Do you have any Outcast memories you’d like to share? How did the game impact you in the late 90s and beyond? Are you excited about the re-emergence of the franchise? Tell me all about it in the comments!